Dwight Gayle has reportedly signed a new deal with Newcastle United and pundit Pete Donaldson has branded the decision a ‘contingency plan’ for relegation.

Appearing on The Football Ramble podcast, Donaldson blasted the awarding of a new deal until 2024 to Gayle.

It’s a massive Championship contingency plan. It has to be, because they’re not playing him in the Premier League because he’s probably not good enough. I mean, none of the players seem to be good enough at the moment. So they go down and they’ve got a proven Championship-level striker.

Gayle, 31, has only played 333 minutes of football this season across all competitions, scoring just once in that time.

Furthermore, only once has the striker completed 90 minutes in the Premier League, albeit his season has been badly hampered by injury.

Whilst the criticism may seem harsh, unfortunately as things stand the facts make Donaldson pretty much spot on.

Gayle has rarely featured this season for the Magpies and should, even in Callum Wilson’s absence.

In terms of the striker’s level, Gayle’s 2018/19 Championship season, the frontman scored 23 times for West Brom – markedly better than his highest top-flight return of seven for Crystal Palace back in 2013/14. 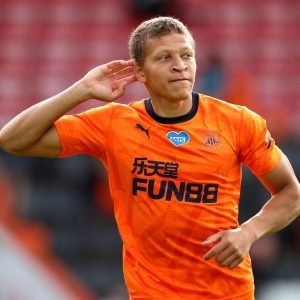 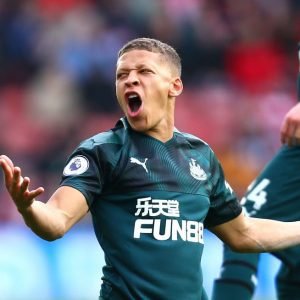