Former Premier League midfielder and now BBC Radio presenter Robbie Savage believes Newcastle boss Steve Bruce will have done a ‘wonderful’ job if he can guide the Magpies to a mid-table finish once more.

Speaking ahead of last weekends Premier League fixtures as per the Chronicle Live, Savage, who played under Bruce during his time at Birmingham City, said: ”If Newcastle can finish mid-table again, I think Steve Bruce will have done wonderfully.”

The club currently lies 13th in the Premier League having earned seven points from their opening five matches. Ironically 13th is exactly the position Bruce’s men finished in last term, however, fans and players alike would be keen to improve year on year.

Savage, who is now also a Director at the reformed Macclesfield FC, also spoke about the importance Bruce placed on his strikeforce: “I know, playing for Steve Bruce at Birmingham, he always said, ‘You’re only as good as your strikers and your attacking options’. We had (Christophe) Dugarry, Mikael Forssell, (Emile) Heskey.”

During his time as Magpies boss, Bruce has certainly placed an emphasis on adding quality in the attacking areas, although at times the tactics could be considered a little on the negative side.

This summer alone the club added Callum Wilson and Ryan Fraser to the squad. The pair following another attacking duo Joelinton and Allan Saint-Maximin, who both arrived the previous summer.

Despite Joelinton struggling to adapt to life in the Premier League thus far, four new signings in relatively quick succession certainly point towards a plan.

Whilst mid-table would likely mean there has been no threat of relegation, a fate the Magpies don’t ever want to flirt with again in the near future. The club as a collective have to be aiming higher, and to that end suggesting mid-table is ‘wonderful’, seems a little lacking in ambition.

Would You Consider Mid-Table A Success? 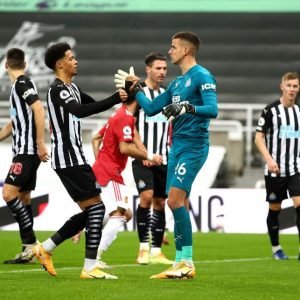 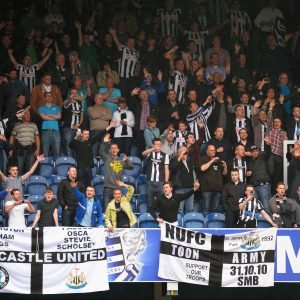