Newcastle’s current number one goalkeeper Karl Darlow may have deputised for Martin Dubravka with success this term, however, the stopper was frank in his assessment of his own performance after the 1-1 draw against Wolves.

Speaking in the dressing room, as reported by Chronicle Live, Darlow admitted he should have saved Raul Jimenez’s strike on Sunday: ”Yeah, I think I could have saved it. It happens.”

The 30-year-old, who arrived at St James’ Park in 2014 from Nottingham Forest went on to say: “It’s one that I didn’t see until late and maybe could have gone with a different hand but we’ll work again at training this week and go again.”

Darlow was positive about the performance in front of him: “We defended well on the whole. They were coming at us for quite a long time and defensively we were pretty solid apart from the shot for the goal. Other than that we played pretty well and played some good football on the counter-attack.”

Following the draw, the Magpies sit 14th in the league after six matches and face Everton this coming weekend who lost for the first time against Southampton last Sunday.

Honest self-criticism from Darlow who is unlikely to come in for any from outside given his strong performances as he continues to take the place of the injured Dubravka, a role he may hold until Christmas at least as the Slovakian struggles to recover from a heel injury.

It was a sublime strike from the Mexican striker and Darlow shouldn’t be too critical over not being able to keep it out. Should that be the worst mistake the keeper makes this term he and Newcastle are likely to be going along nicely.

Should Karl Darlow Have Done Better For The Wolves Goal? 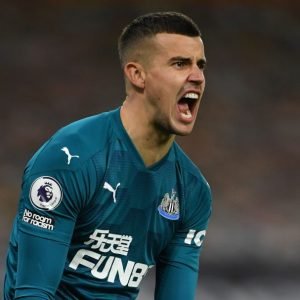 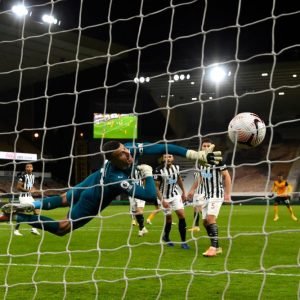