Many Newcastle United supporters have been reacting to a report from Chronicle Live that Mike Ashley and the Magpies hierarchy have devised a plan to stick by Steve Bruce at least until the end of the season.

Bruce has come under intense scrutiny in the last few weeks with performances and results going completely against the Magpies. They have failed to win any of their last 10 games in all competitions and scored just one goal in their last eight matches (Transfermarkt). Understandably, questions have been asked to the Newcastle manager over his potential future and he has insisted he will not walk away.

It has been reported that Mike Ashley will stick by Bruce as long as Newcastle remain clear of the relegation zone, and that has been reaffirmed by this latest report from Chronicle Live. However, they have also now moved to try and help the 60-year-old by moving for Bournemouth coach Graeme Jones and also calling Academy head of coaching Ben Dawson into the first team setup.

Bruce is facing a vital period over the next few weeks and he will need to inspire a quick upturn in results and performances if the Magpies are going to avoid dropping into the bottom three in the next few weeks. The influence of the new coaches being brought into work with the first team will need to be profound.

Many Newcastle fans were left frustrated by this latest report believing that they are now in serious danger of being relegated to the Championship for a third time under Ashley’s ownership. One fan said that Bruce’s sacking was inevitable and it will just come down to whether it is too late to survive when he is eventually gone.

Every game Steve Bruce manages, our chances of relegation increase. Interesting decision from the club to try and back him. His sacking is inevitable. Every one else can see it. Ashley will too, eventually, let’s hope it isn’t too late. #nufc https://t.co/TRUsJR9tIa

Bringing in a coach to help get results for the coaches currently there can't get just outlines the absolute shambles this club currently… I've never felt so angry towards a manager in my 28 years on this planet!!!

Only a miracle would get us out of this mess now.

We deserve to get relegated, incompetence from top to bottom#NUFC

Then we are going to be relegated simple as that.

Then relegation is inevitable. What this club deserves. Rotten to the core https://t.co/OMuhjBZ8d7

Absolutely disgusting… just to teach charnley and Ashley a lesson I hope #bruceout gets us relegated.. that pains me but been there twice before… its what the reward of failure deserves #nufc @NUFC #actlatesealyourfate https://t.co/bacgbNt2Fp

Will Bruce be sacked before the end of the season? 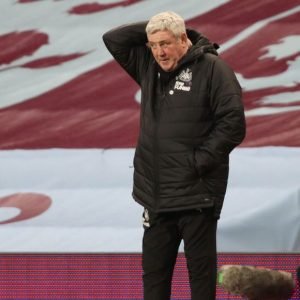 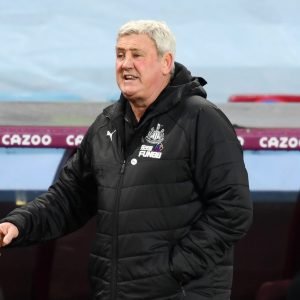