A number of Newcastle United fans were critical of Sean Longstaff‘s performance in the Magpies’ 1-0 defeat at rock bottom Sheffield United on Tuesday.

The Magpies headed into the game winless in seven matches in all competitions and having found the net just four times in that run. The pressure was on to avoid another setback and becoming the first team to suffer a league defeat against the Blades this term. However, Steve Bruce set up the team in a very negative fashion and they second best even before the red card to Ryan Fraser.

Longstaff had shown signs of improvement in the last couple of matches, but against Sheffield United he struggled to have any real positive impression on the game. Alongside Isaac Hayden and Jeff Hendrick in the middle of the park, Newcastle lacked the ability to retain possession and create any clear-cut chances.

The midfielder made just one tackle and gave the ball away on 10 occasions throughout the 90 minutes, while he was also dribbled past three times and had a passing accuracy of just 70% (Sofascore). Those stats compounded what was another tough game for the 23-year-old, who has not built upon the early promise which made him a reported £50m target for Manchester United.

Many Newcastle fans bemoaned this latest display from the midfielder and there is growing impatience over his lack of form. Some supporters pointed out how much they feel he has regressed since Bruce took charge of the Magpies.

Anyone got any stats on Sean Longstaff tonight? Absolute disgrace!! #nufc #BruceOut

Remember when there was rumours about ‘big teams’ interested in Sean Longstaff. Don’t think we’ll have to worry about them anymore… #NUFC

S.longstaff, Hendrick and dummett should not be anywhere near this first team #nufc

Imagine we once laughed at Man united for wanting to sign Longstaff for 50 million thinking it wasn't enough. Wouldn't even get 5 million for him now #NUFC

The regression of longstaff under Bruce is unbelievable. He looked a player with a world class manager coaching him, encouraging him, now he looks absolutely dreadful with a pub team manager on the sideline, what a coincidence #nufc #BRUCEOUT

Sean Longstaff has been equally as bad as this season as Joelinton. Shocking. #NUFC.

Should Sean Longstaff be dropped from the starting line-up? 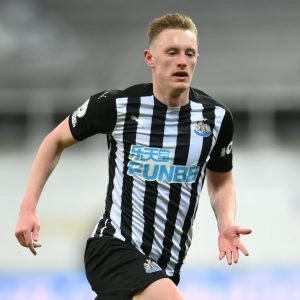 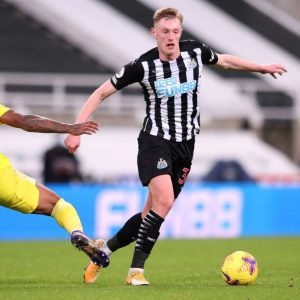