Newcastle United’s Miguel Almiron is attracting interest from some of the Premier League’s biggest clubs as well as Spanish outfit Atletico Madrid, with the Paraguayan considering leaving St James’ Park.

Almiron has ensured a somewhat frustrating start to the season on a personal note, with Steve Bruce not finding a way to get him consistently into the Magpies’ starting line-up following the summer arrivals of Callum Wilson and Ryan Fraser. The 26-year-old has managed to start just four Premier League matches so far this term (Sofascore).

The Paraguay international has emerged as one of the Magpies’ few exciting players to watch alongside Allan Saint-Maximin, with the 26-year-old having averaged 1.3 successful dribbles, 0.9 key passes and one shot per game for the Magpies last season (Sofascore). However, he has seen his influence restricted this term, with Bruce even deploying him in a deeper midfield role at times.

It has now emerged that Almiron could have left St James’ Park in the summer had it not been for the global pandemic. The Paraguayan was interesting Atletico Madrid but the move never materialsed. However, his agent Daniel Campos has suggested, via reliable journalist Roberto Rojas, that he is keen to move away from Newcastle to a club with more ambition and a greater ability to retain possession.

Daniel Campos, the agent of #NUFC’s Miguel Almiron’s spoke on Paraguayan radio today about how Atlético Madrid had indeed been interested in the player but that an offer was never made. He also said that had it not been for the pandemic, he would’ve left England already. pic.twitter.com/FKrQkLDCi9

Losing Almiron would be a major blow for the Magpies and would be a worrying indictment over the progress being made at St James’ Park. Things had been looking a little brighter following a decent summer transfer window and the club managing to agree a new six-year deal with Saint-Maximin, but this latest update shows there are still issues to sort out.

Almiron is a player who has always given his all for the Magpies and he has been labelled as ‘magnificent’ by Alan Shearer for his work rate at times. However, the Paraguayan is likely to be being left frustrated by the way he is being used by Bruce, especially since the start of the campaign.

The 26-year-old seems to have the technical quality to make it a top European or Premier League club, but his end product at times lets him down. That is evidenced by the nine big chances he missed last term for Newcastle (Sofascore), but Almiron could well thrive playing in a more adventurous system with better quality players around him.

Should Newcastle do all they can to keep hold of Miguel Almiron? 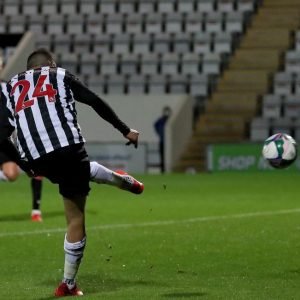 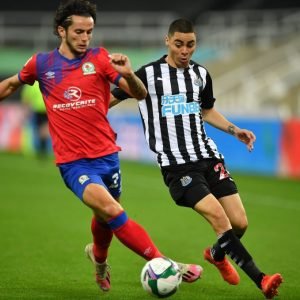