When Newcastle face Manchester United on Saturday Steve Bruce’s side may be wise to hark back to days gone by in terms of their approach.

In a fixture that has thrown up some classic clashes down the years, plenty of which ended in 4-3 victories one way or another, Bruce’s charges may well be best served using attack as the best form of defence once more.

Having added Callum Wilson and Ryan Fraser to the St James’ Park attacking options this summer, the Toon squad certainly has a feel of positivity within it once again.

Coming up against a Manchester United squad in poor form, Newcastle could well pile on the misery if they so wish by attacking a less than convincing backline which has conceded 11 times in the first three Premier League matches.

Ole Gunnar Solksjaer’s side looked bereft in their last outing as they conceded six goals at home to Tottenham Hotspur, and Bruce’s side could well continue the trend.

With a fit, firing, and fresh off the back of a new contract Allan Saint-Maximin in line to start in Saturday’s latest kick-off, the visitors could well be in for a long night.

During his tenure and Rafa Benitez’s before him, Steve Bruce has been reticent to attack bigger sides, even at St James’ Park.

However, with the current climate seeing plenty of goals go in across the Premier League, and the visitors considering six last time out, the time has never been more fitting for the Magpie’s to attack from the off.

This fixture calls for positivity in terms of tactics and team selection, perhaps finding a way to get both Ryan Fraser and Miguel Almiron into the starting XI and really test what has been a struggling Manchester United defence.

Should Steve Bruce Be Positive On Saturday? 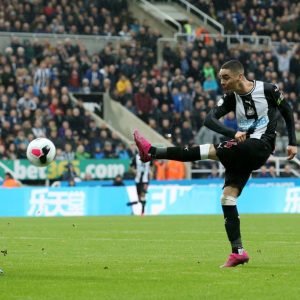 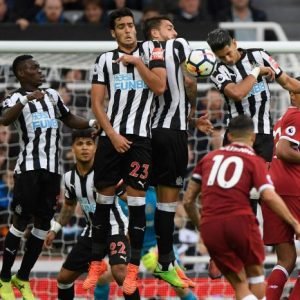