Steve Bruce has confirmed that Jonjo Shelvey is back in contention to play ahead of Newcastle’s game against Burnley this weekend, and the midfielder should be considered for an automatic starting berth.

The 28-year old midfielder hasn’t played for the Magpies since mid-January, while he has missed the last three games for the club through a hamstring injury.

Now that he is back in contention to play, Bruce should look to immediately incorporate the England international into his starting lineup to face the Clarets.

Nabil Bentaleb has failed to pull up any trees since his loan arrival from Schalke in January, and while Bruce may feel that the Algerian should play as that’s what he was signed to do, he would be mistaken to field him in place of Shelvey.

Now with Shelvey back available to play, Bruce should select the best team to win on the day, as the Magpies aren’t yet safe from relegation, and Shelvey should lineup as part of that team.

Shelvey’s (1.8) marginally edges more key passes per game than Bentaleb (1.7), while the former Liverpool man gets off 1.7 shots per game, compared to the Algerian international’s 0.3. With Newcastle struggling for goals as of late, having a more creatively influential and direct midfielder on the pitch could pay off for the Magpies.

While Hayden could also expect to return to the lin-eup and be given another chance to impress in the near future, Bruce could drastically increase his chances at beating Burnley, while also showing solid attacking intent, by picking Shelvey over Bentaleb.

Should Jonjo Shelvey start against Burnley this weekend? 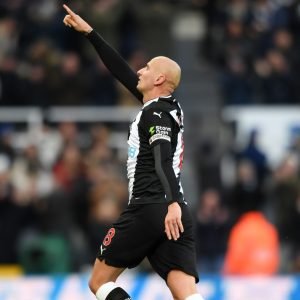 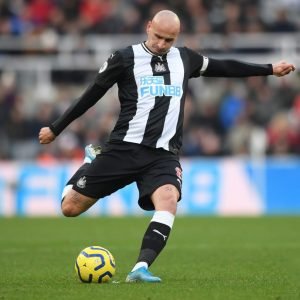