The 25-year old moved to Newcastle on loan for the remainder of the season from Schalke in January, having fallen out of favour in Gelsenkirchen, with Bentaleb having not made a single appearance for the club during this campaign.

Newcastle are also believed to have an option in Bentaleb’s contract, with Steve Bruce able to make the Algeria international’s return to the Premier League permanent in the summer if he so wishes.

Since linking up with the Magpies, Bentaleb played both of Newcastle’s FA Cup games against Oxford United, while he has also played the duration in the club’s last two Premier League games (Transfermarkt).

His most recent appearance, having played the full 90 minutes in central midfield against Arsenal on Sunday, has provoked the ire of many supporters, following Newcastle’s disappointing 4-0 defeat.

Many supporters subsequently took to Twitter to voice their thoughts on the midfielder following the loss at the Emirates.

Twitter: @NUFC360 Not sharp enough, too many mistakes, been here long enough to have settled now so maybe just need to accept he ain’t gonna get fit (@Futman11Jr)

Twitter: @NUFC360 Miles off the pace but lets face it he’s a ball playing midfielder and we don’t play with the ball so we’r… https://t.co/7gS61nmYeI (@100Magpie)

Twitter: @NUFC360 Anonymous..!
Not sure of what his role his in the team.. (@PitaliyaVaibhav)

Twitter: @NUFC360 Pointless in a team that gives up possession and attack is run fast and see what happens. (@NUFCDeenJam)

Based on performances so far, should Newcastle take up their permanent option for Bentaleb? 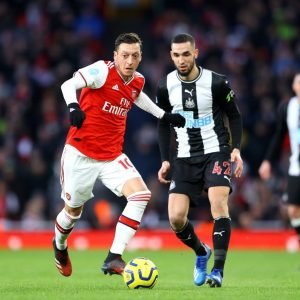 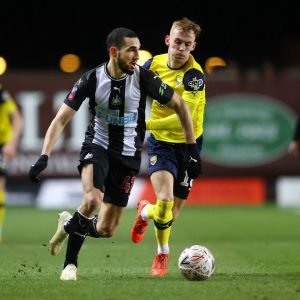