Italian agent Pasquale Sensible has claimed that Newcastle are “not a top club”, following their loan capture of Valentino Lazaro from Inter Milan.

The Austria international joined the Magpies on loan for the remainder of the season in January, having struggled for regular game time at the San Siro this season.

The 23-year old had looked likely to sign for RB Leipzig before joining Newcastle instead, with Lazaro explaining that he “felt more welcomed” at St James’ Park.

Sensible, who is not Lazaro’s agent, claims that the winger-cum-fullback can improve on Tyneside, although he also stated that Newcastle aren’t a “top club”.

Talking to TuttoMercatoWeb, as translated by Sport Witness, Sensible said:

Inter studied him before taking him, one of his peculiarities is his tactical flexibility. The performance of Candreva and D’Ambrosio on the outside could have affected Conte’s considerations and decisions.

The move to England? I don’t think there is another league like the Premier, in which all the matches are played evenly by teams like Newcastle, which is not a top club. Valentino can only improve, also given his age.

Sensible’s comments shouldn’t faze Newcastle supporters, as there is a degree of obvious truth to his words. Newcastle are a well-supported club, in fact, they were once named as the 13th best-supported club in the world.

However, in modern football, of course they cannot be considered a ‘top club’. The Magpies have not finished in a top-six spot since the 2011/12 season, where Alan Pardew led his side to fifth.

It is currently too early to tell whether Lazaro ultimately made the right choice in joining Newcastle, and whether it is a move that he may consider making permanent. For now though, fans should be buoyed by the club’s business, with the Magpies signing three players with Champions League experience during the January window.

Will Valentino Lazaro sign for Newcastle on a permanent basis in the summer? 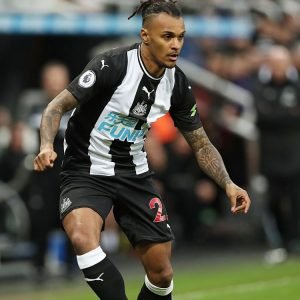 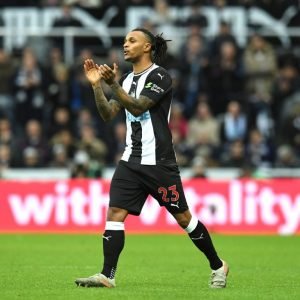