Newcastle United endured another difficult evening in the Premier League on Sunday night, falling to a 3-1 defeat against Manchester United at Old Trafford as their worrying form continued.

The Magpies headed into the game under real pressure with their cushion to the bottom three cut to just three points by Fulham following their 1-0 win against Sheffield United on Saturday. However, Steve Bruce’s side were unable to take anything from the game to pull themselves a little further clear of relegation trouble.

The result means the Magpies have now suffered eight defeats in their last 10 Premier League matches. That is an awful run of form which shows just how their once-sizeable gap to the bottom three has been eroded in recent weeks.

Bruce’s side have improved in recent weeks since changing their shape, and they were good in periods at Old Trafford – especially in the first half – but they still appear to be in real trouble. There was much more of an attacking threat about them in the opening 45 minutes and Allan Saint-Maximin can take confidence from his goal.

However, the way in which they tired in the second half will be a major concern, with them allowing a precious point to slip through their hands and gifting some poor goals to Manchester United. It seemed as though they lacked that killer instinct to realise that their opponents were not at their best, and instead handed them victory on a plate. 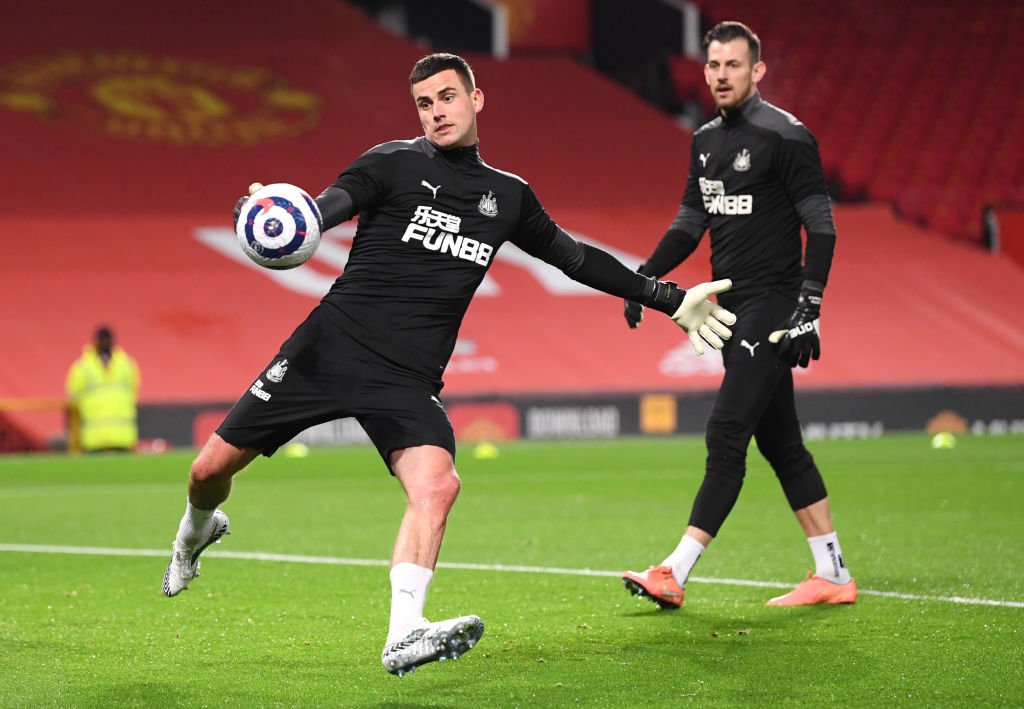 It is difficult to be overly critical of Darlow considering he has at times single-handedly kept the Magpies in matches this season. However, this was a very poor evening for the goalkeeper, who was beaten far too easily for the opening goal at his near post.

He also did not cover himself in much glory for the second goal, or the way he dived to try and save Bruno Fernandes’ penalty for the third. He did make four saves (Sofascore), but there may be calls for Martin Dubravka’s return after this performance. 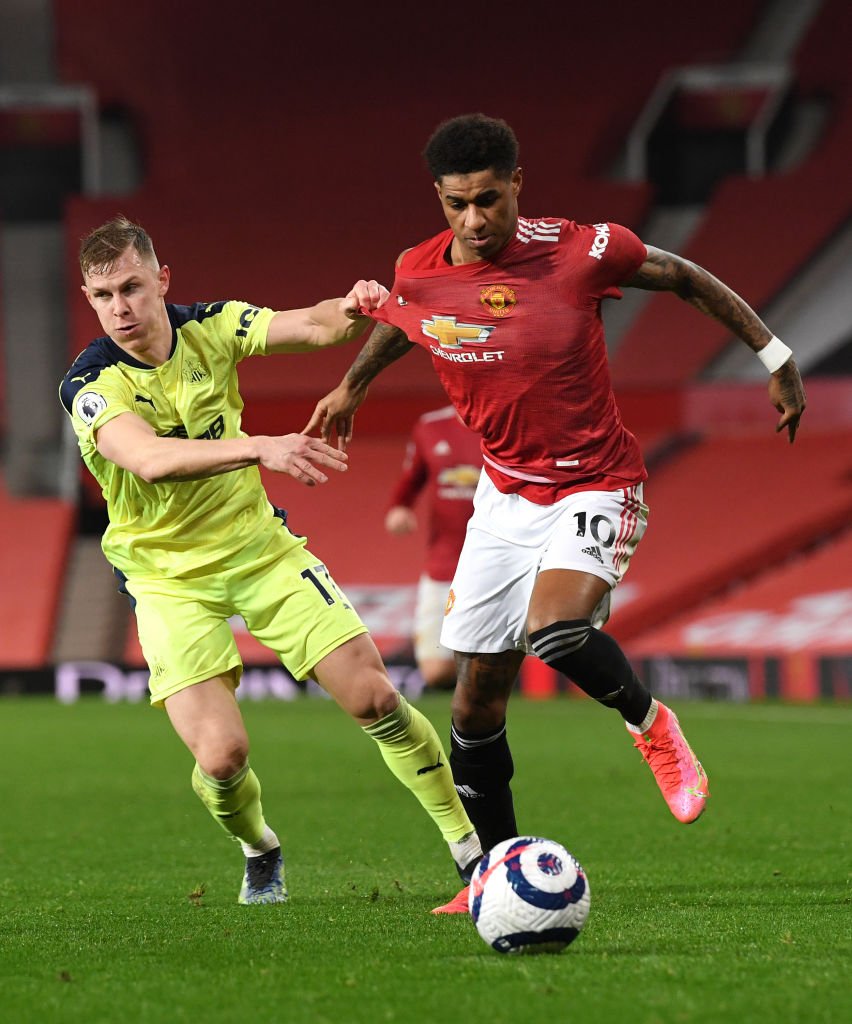 Again, you can understand the defender’s struggles somewhat because Newcastle once again left him way too exposed against a player of Marcus Rashford’s quality.

However, he was dribbled past far too easily on three occasions (Sofascore) and frankly is looking a little out of his depth at the moment. 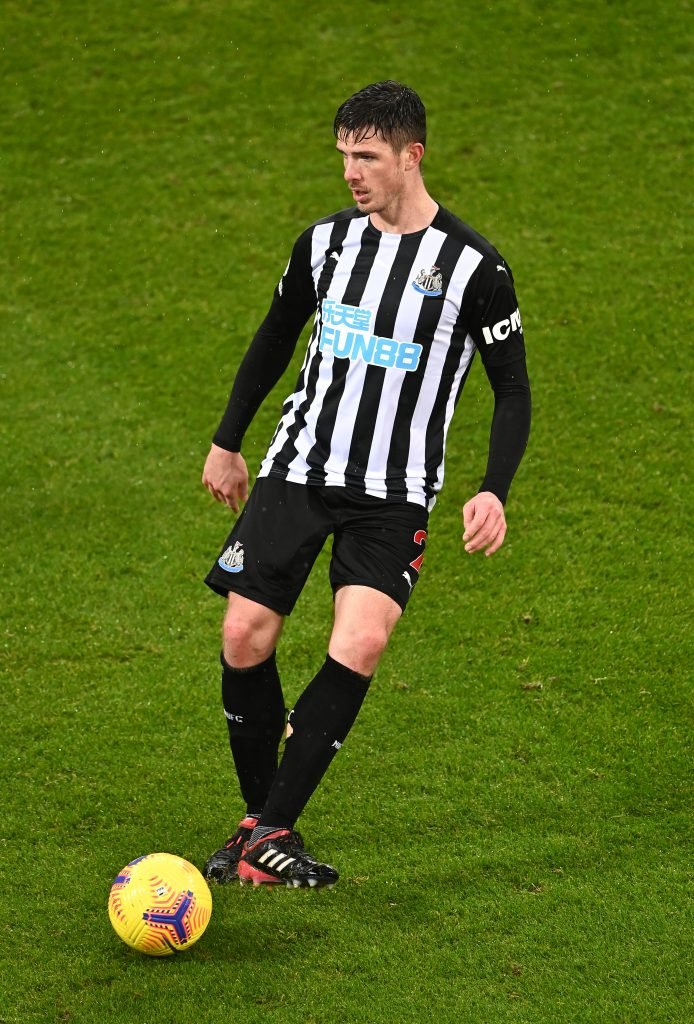 Clark delivered a strong performance in the first half as Newcastle took a grip of the game, but like the rest of the team, he struggled in the second period.

Was better than the rest of the Magpies’ defence, though, making five clearances, two tackles and two interceptions (Sofascore). 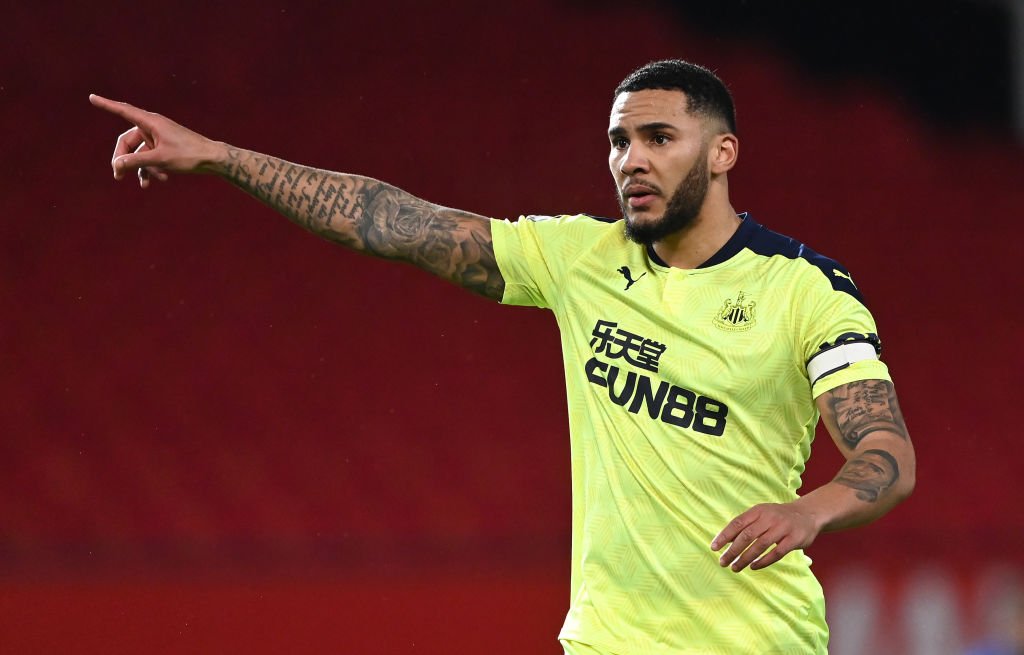 Was not at his best against Manchester United and struggled to help the Magpies through the second period when they were tiring and needed his leadership.

While he made four clearances and one interception, distribution was at times lacking, giving away the ball 10 times during the 90 minutes (Sofascore). 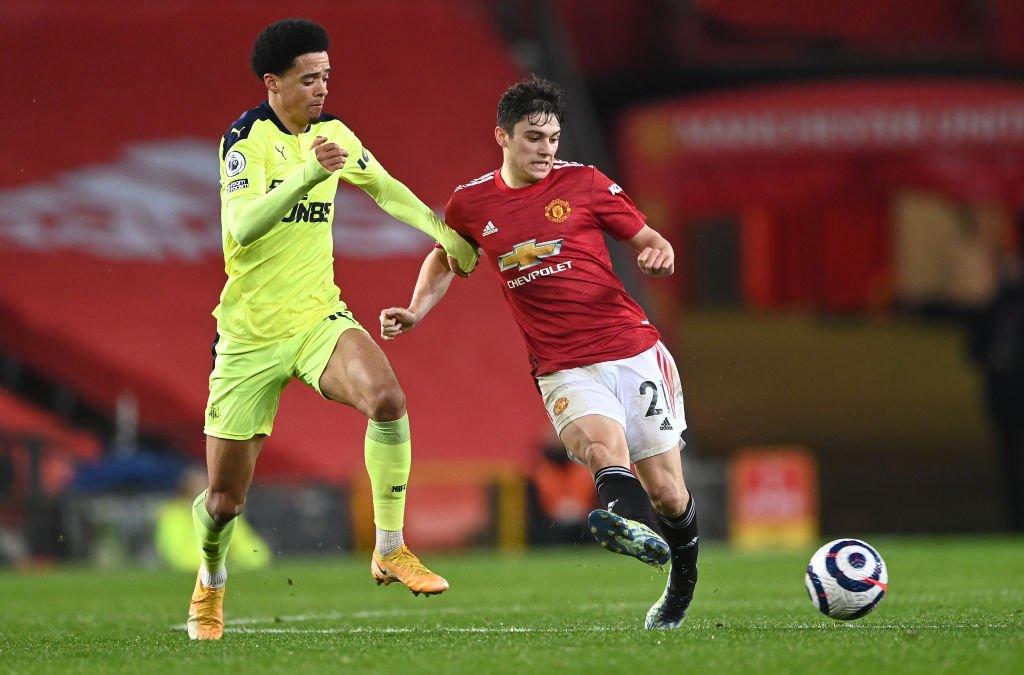 Contained Daniel James reasonably well in the first half and was able to keep up with the Wales international’s direct runs at times.

However, in the second half he was found wanting for the second goal as he completely switched off, and that proved to be a fatal error in the game and one from which Newcastle did not recover. 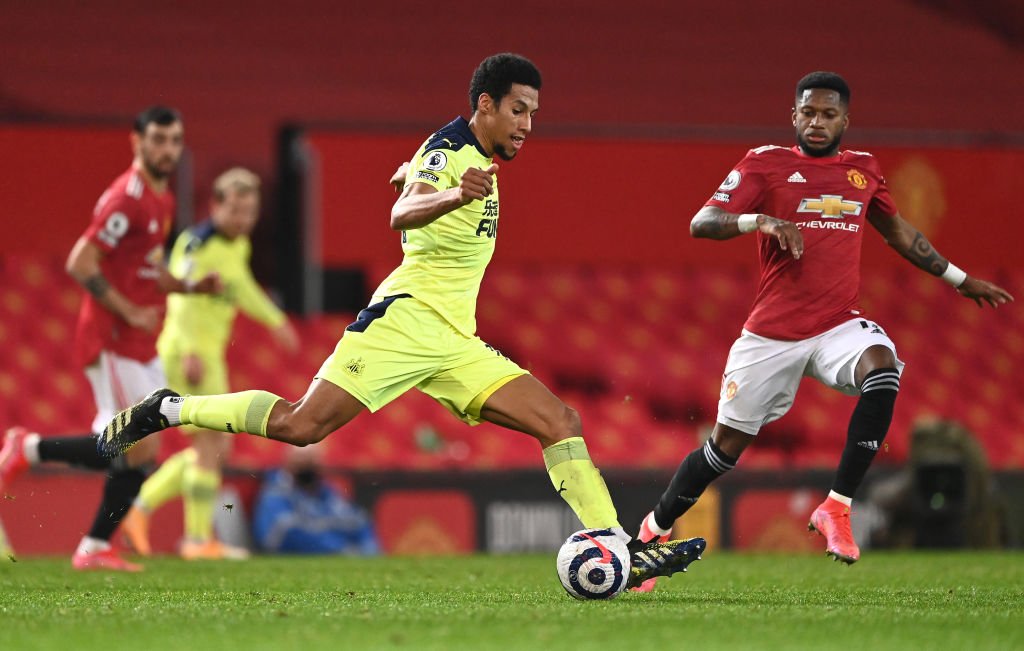 This was well short of performance levels he has been showing consistently for the Magpies so far this season.

The midfielder was dribbled past on two occasions and won just one tackle throughout the game (Sofascore). He also lost the ball nine times. Hopefully for Newcastle this was just a blip for the 25-year-old. 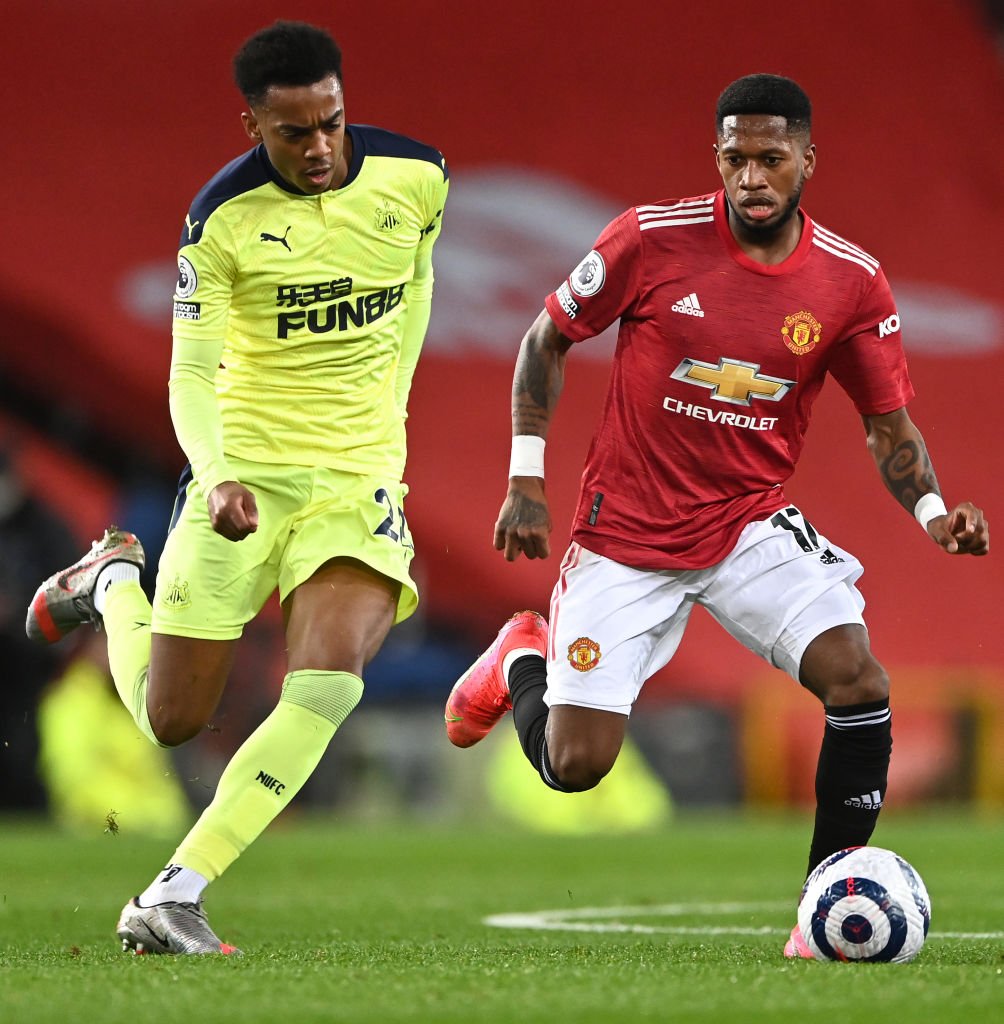 Could have been a six if he would have continued his first half display into the second period. Tried to make things happen at times in possession and drive Newcastle up the pitch with two successful dribbles (Sofascore).

However, he gave the ball away 14 times and looks a little unsuited to the deeper role he had to perform in the second period. Also, a clumsy foul for the penalty. 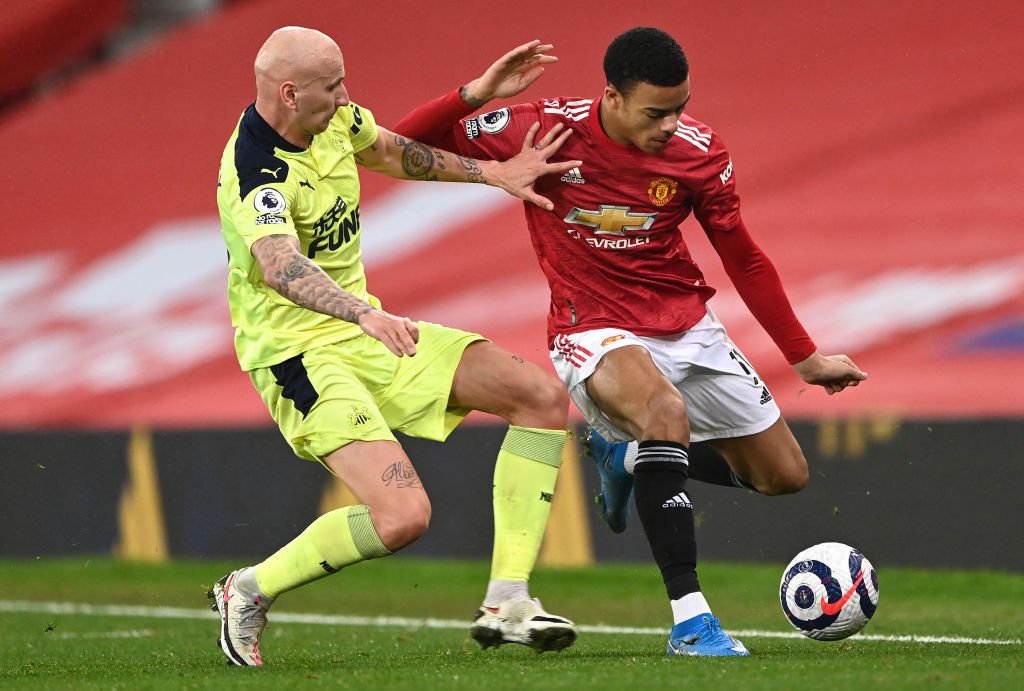 Shelvey was not good enough in possession and gave the ball away 15 times and had a passing accuracy of just 66%.

However, he won more tackles than either of his midfield partners (three) and also made one interception (Sofascore). 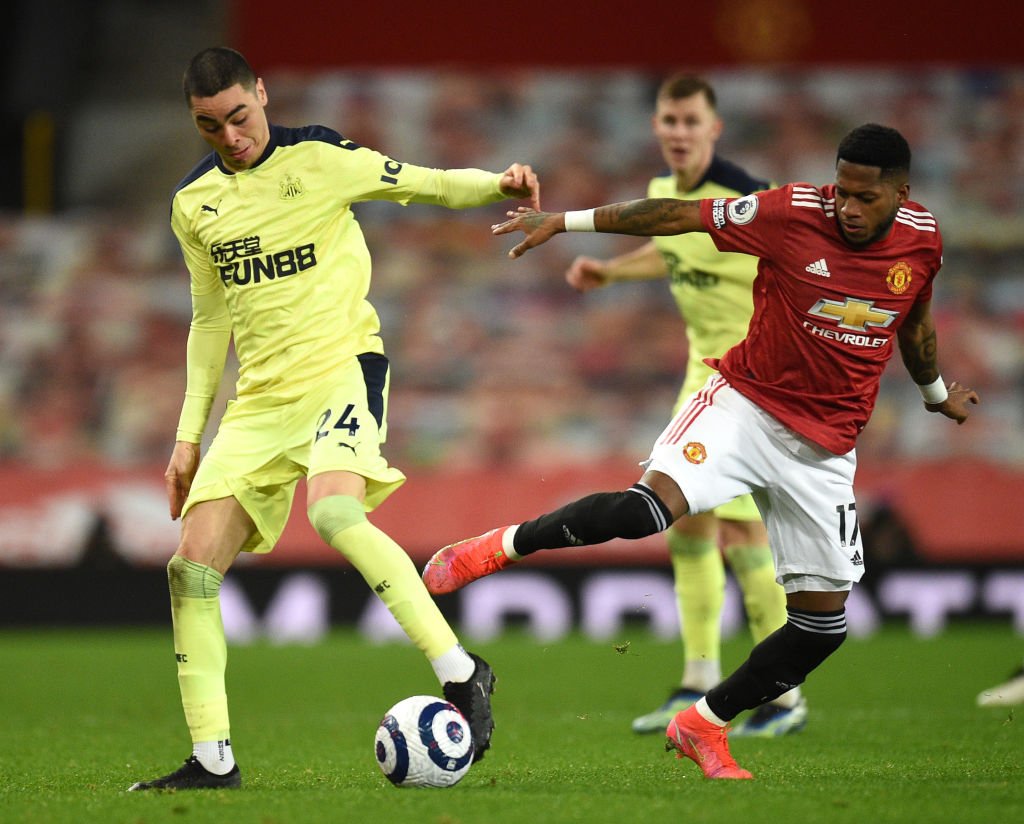 Was the standout performer on the entire pitch in the first half and took the game to Manchester United with some driving runs to get the Magpies higher up the pitch.

However, he was rather anonymous for most of the second period before he was brought off. 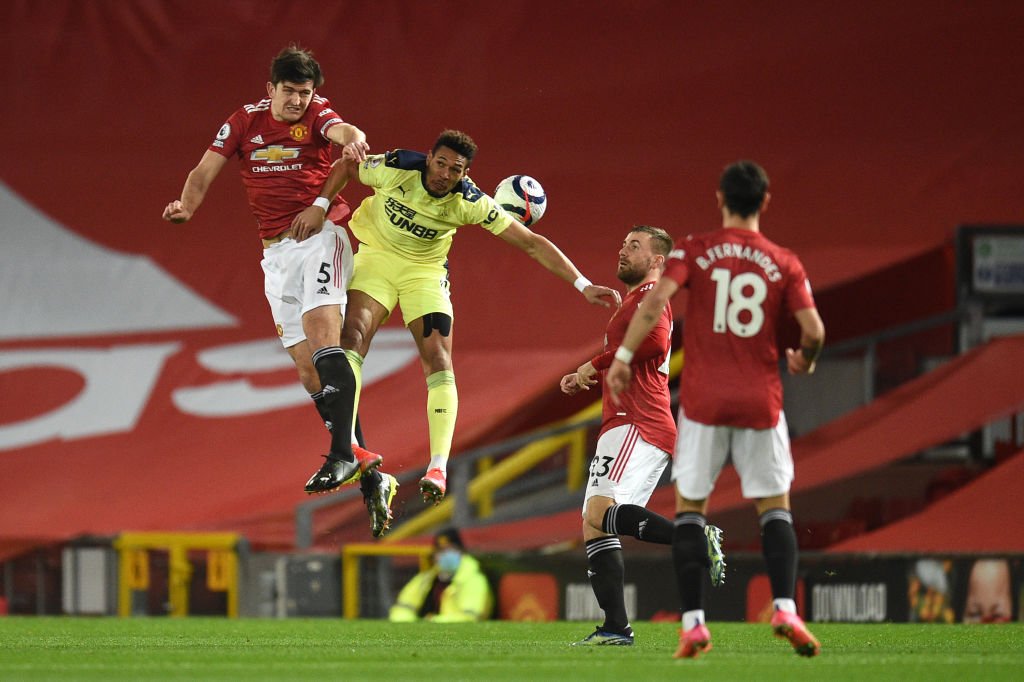 Has been the subject of much criticism at times, but he was good in the first half here, making three key passes and keeping the ball well with a 93% passing accuracy (Sofascore).

Continued to work hard until he came off despite clearly suffering with a back problem. Could and should have been in the box more for some first half chances, though. 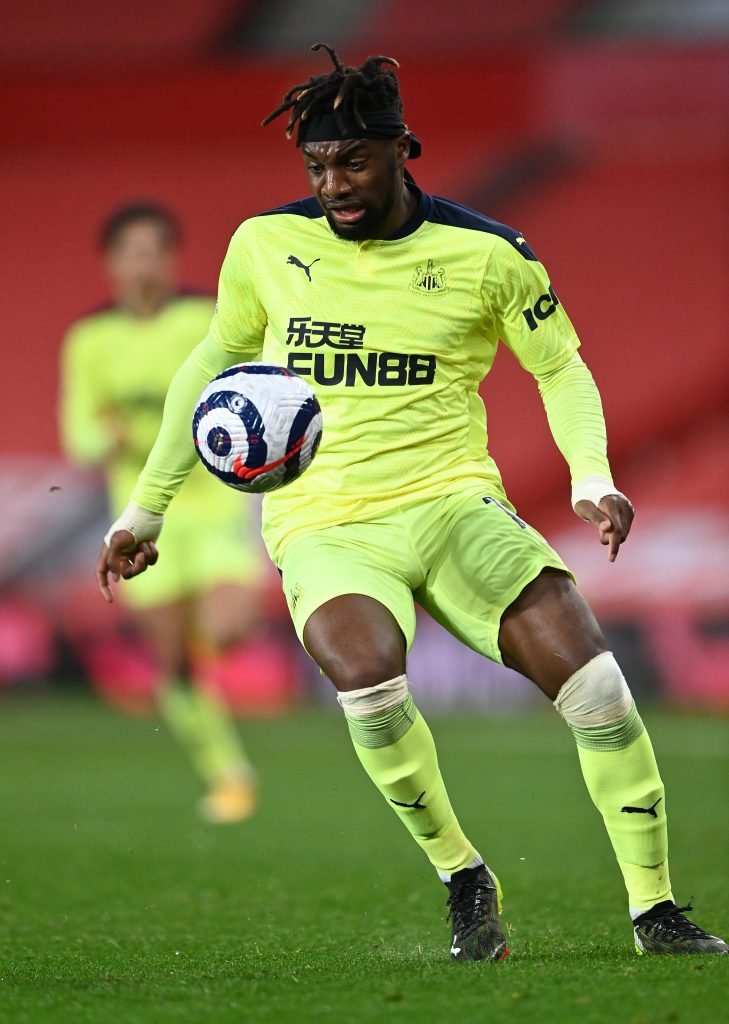 Took his goal really well in the first half and was a threat in the opening 45 minutes, firing in three attempts on target (Sofascore).

However, like Almiron, he went missing after the break somewhat as the Magpies were well on the back foot. Still completed two successful dribbles, though, and will have to take confidence from his first-half display. 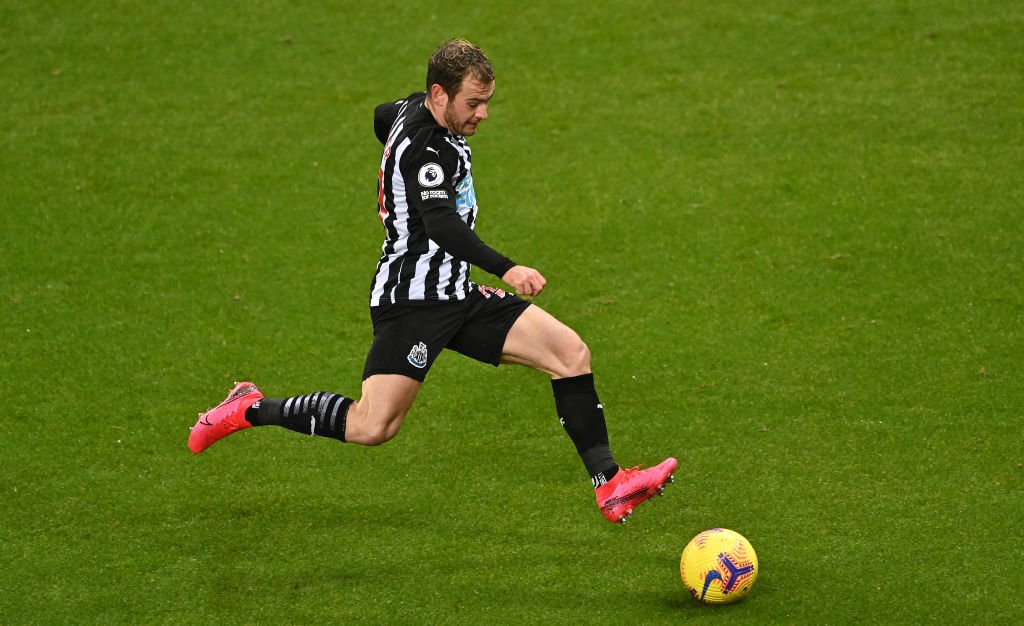 Quite simply did not do anything at all after coming on for Joelinton with 35 minutes to make an impact.

He had just eight touches of the ball and did not look as though he was up to the task of dragging Newcastle back into the game. 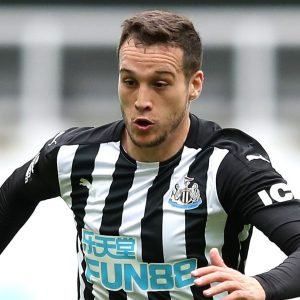 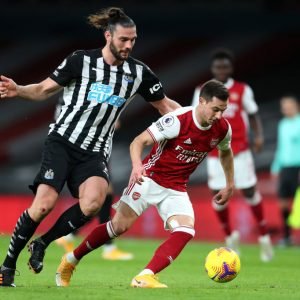 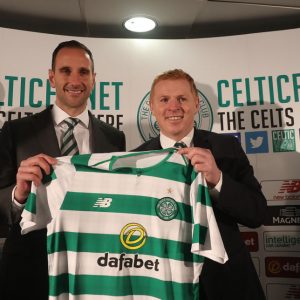 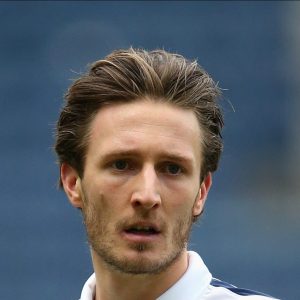 Pundit tips Ben Davies to start for Liverpool this weekend 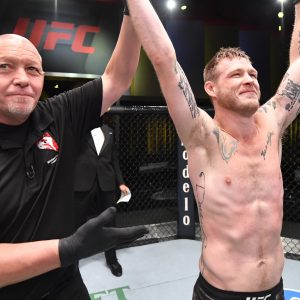 One to Watch at UFC Vegas 20: Kevin Croom 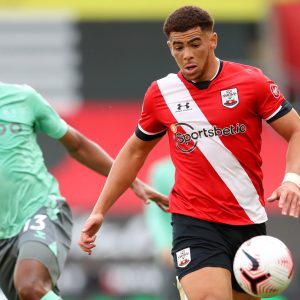