Newcastle United could have a potential advantage over the future of Miguel Almiron, with the Magpies having inserted a high release clause into the Paraguayan’s contract when he arrived at St James’ Park.

The 26-year-old’s agent has dropped the surprising revelation that Almiron could have already left St James’ Park over the summer amid interest from La Liga outfit Atletico Madrid, but that the circumstances surrounding the global pandemic meant that he stayed put, per reliable journalist Roberto Rojas.

It has been reported that the playmaker is also being lined up by a couple of the bigger clubs in the Premier League, with the Paraguay international considering leaving St James’ Park after being left frustrated over Steve Bruce dropping him from the starting line-up and also playing him out of position, according to Rojas.

The full Miguel Almiron part from Daniel Campos in today's interview with @Universo970py.

✅ Mentions that he is adored by the #NUFC fans
✅ Explains Atletico Madrid interest
✅ Also speaks about how other "big Premier League teams" have also inquired about the Paraguayan player pic.twitter.com/D6QbLHal6B

Almiron only arrived at Newcastle in January 2019 for a then-club record fee of around £20m, with the 26-year-old putting pen to paper on a five-and-a-half-year deal worth around £42,327-a-week (Spotrac). It has now been reported that the contract contains a high release clause which places the whip hand over his future firmly with Magpies, per The Athletic.

The last thing that Newcastle would have wanted to see is one of their more creative players leave the club in January. That is the potential predicament facing them now, with Almiron clearly unsettled and keen to move on to a team with a more attack-minded approach.

Almiron was brought in for around £20m so Newcastle will not want to leave for a cut-price figure despite his current stance over his own future. The release clause in his contract means that the Magpies should be in a strong position in any potential negotiations with another club as they could just refuse to sell him for anything lower than that clause.

Were the likes of Atletico Madrid or a major Premier League club to sign him, it would likely generate a large profit for the Magpies on the 26-year-old, who has at times lacked end product as he missed nine big chances last term (Sofascore). That would soften the blow of losing a player who has been labelled as ‘superb’ by Alan Shearer.

Do you think Miguel Almiron will stay at Newcastle in January? 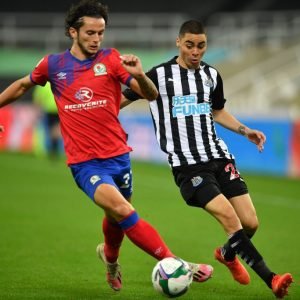 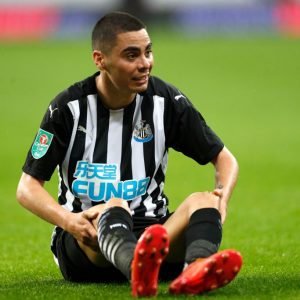