A number of Newcastle United supporters have been bemoaning the apparent lack of quality that summer signing Jeff Hendrick has been able to show since he arrived at St James’ Park.

Hendrick made the move to Newcastle in the summer on a free transfer from Burnley after the midfielder had turned down an offer to stay with the Clarets, per Sky Sports. The 28-year-old has so far been heavily trusted by Steve Bruce and he has started in all of the Magpies’ Premier League matches this season (Sofascore).

Things started brightly for Newcastle for the midfielder, who has won 58 caps for the Republic of Ireland, with Hendrick scoring on his Magpies debut in their 2-0 win at West Ham on the opening day of the campaign. However, his performances have steadily decreased since then in terms of the impact he is having on matches.

The 28-year-old has so far lost possession on average 7.9 times per match, while he has recorded a reasonable passing accuracy of 81%, but just 10.1 of those passes per game have been made in the opposition half (Sofascore). The midfielder’s workrate  is obvious, as illustrated by his average of 1.3 interceptions per match (Sofascore), but there is little attacking output from him.

Many Newcastle fans were keen to point out that the “unfit” midfielder does not have the quality needed to take the club to another level, while some fans perhaps harshly called him out as a Championship-standard player being used by Bruce every week in the Premier League.

Very poor, unfit, can’t pass a ball, can’t retain posession, no heart or desire, championship player at best, I said before he was a pub player, but I’ve seen better pub footballers than what Hendricks is offering up, he shouldn’t be anywhere near our first team squad

I can understand buying him as cover, but to start most games whilst he looks out of his depth. Haven't seen him win a ball at all. He offers absolutely nothing. We have a very weak midfield without him.
It's not his fault as he doesn't pick the team

Bog standard…thats why we bought him

I struggle to see what he brings to the table. He looks very poor, and not only that, but he seems to do his best to hide. The ground will swallow him up if he plays like this in front of a full stadium.

It's not just him but I couldn't understand why Bruce wanted him so desperately other than the fact he was free!

Do you think Newcastle made a mistake in signing Jeff Hendrick? 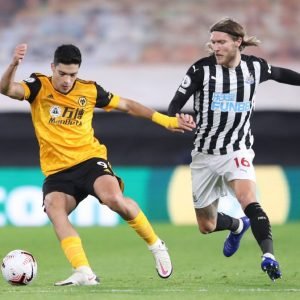 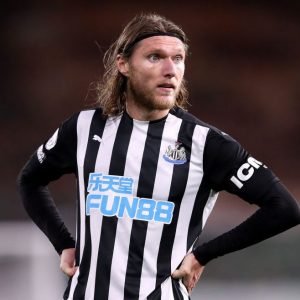