On the back of Allan Saint-Maximin’s new six-year deal at Newcastle United, teammate Federico Fernandez has spoken about the French winger in glowing terms.

Speaking to Graham Hunter on The Big Interview, Fernandez believes Saint-Maximin has the quality to reach the ‘top of the game’ in the future.

The Argentine centre-back continued to discuss the fans’ favourite who arrived on Tyneside from Nice in August 2019, comparing him to now retired Argentinian and Napoli forward Ezequiel Lavezzi.

Fernandez, who played with Lavezzi during their time together at the San Paolo Stadium said: “He (ASM) has a similar feel to Lavezzi. With the ball, they look like they’re in trouble but they always find a way out of people. They go down to the floor but get up quickly.”

But, the 31-year-old defender wasn’t finished there: “The guy is young and if he improves his game and the decisions he makes, he will be in a few years at the top of the game.”

High praise indeed for the 23-year-old, who described Newcastle as ‘home’ following the confirmation of his prolonged deal.

Lavezzi enjoyed a star-studded career, including glittering spells with PSG, Napoli and San Lorenzo as well as earning 51 caps for his national team.

Whilst being amongst the worlds elite may seem some way off yet for Saint-Maximin, there is no doubt the tricky Frenchman possess the skills and ability to reach the top of his game.

In just a short time on Tyneside, the sweatband wearing winger has already shown his dazzling talents and must now turn it into improved numbers as he progresses and if he is going to reach the heights his teammate Fernandez believes he can reach.

Could ASM Be Amongst The Worlds Best? 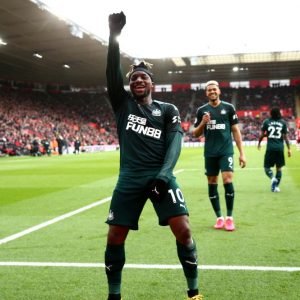 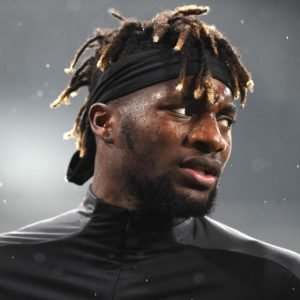