Newcastle have been handed a major boost, with Manchester United having deciding to cool their interest in Sean Longstaff, according to the Manchester Evening News.

The 22-year old was a target for Ole Gunnar Solskjaer’s side last summer, with United having grown confident that they could land the midfielder at the time.

Now though, the Red Devils has seemingly cooled their interest, also deciding to no longer pursue West Ham’s Declan Rice as well, as they look to pursue other targets. Thomas Partey (Atletico Madrid), Sandro Tonali (Brescia) and Boubakary Soumare (Lille) have been named as alternative options.

This must be seen as a massively positive piece of information for Newcastle, who are desperate to tie both Sean and his brother Matty Longstaff to new and improved long-term deals.

While he hasn’t managed to get on the scoresheet in the Premier League this season, Longstaff has played 20 times for the Magpies, getting one assist for Steve Bruce’s side.

With United turning their focus elsewhere, Bruce may now hope that Newcastle can reach an agreement with both of the Longstaff brothers, particularly Matty, who is still the subject of interest from AC Milan and Inter.

As the Magpies enter the final stretch of the season, they will first need to ensure their Premier League status remains intact, but following that they will need to work hard to keep the local Longstaff boys at the club.

Will Newcastle be able to reach a new contract agreement with both Longstaffs? 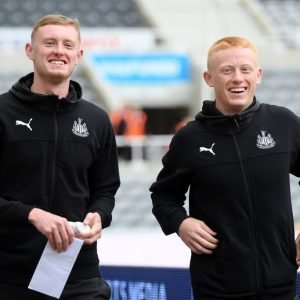 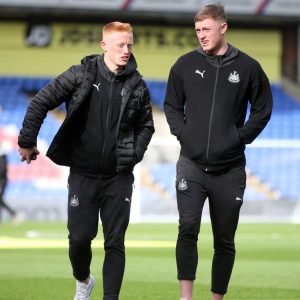