Newcastle defender Javier Manquillo has given Toon fans reasons to be cheerful ahead of Saturday night’s crunch match with Wolves at St James Park’ with his return to training.

It was feared the Spaniard may be set for a considerable layoff at the start of the month when he came off against Southampton.

However, after issuing a positive update on the 26-year-old last week, Steve Bruce may have the full-back ready for selection sooner than expected after he was pictured back in training yesterday.

Prior to his injury Manquillo had played 10 Premier League matches, earning an average Sofascore rating of 6.61.

Rather bereft of things to shout about on the pitch recently, many Magpies took to social media to welcome back the versatile ace…

Twitter: @NUFC Please say he’s back so we don’t have to put up with Krafth (@NUFCammy)

Twitter: @NUFC That’s is a great view! Glad it wasn’t as bad as we thought!

Twitter: Who’d of thought that the sight of Manquillo in training would bring so much joy. Strange times. https://t.co/tC22Qm8pGF (@OfficielKaybaye)

Should Javier Manquillo Start When Fit? 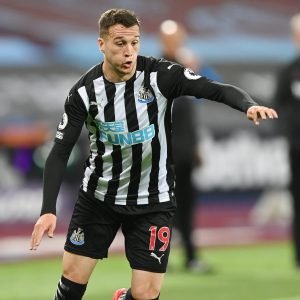 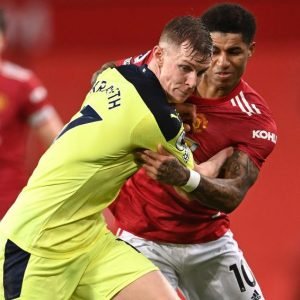