A number of Newcastle United supporters have been reacting to reports from Turkey [via Chronicle Live] that Emil Krafth could be set for a move to Istanbul Başakşehir.

The right-back only arrived at St James’ Park in the summer of 2019 from French side Amiens for a fee of around £5m and signed a four-year deal. However, the 24-cap Sweden international has struggled to establish himself under Steve Bruce amid competition from DeAndre Yedlin and Javier Manquillo.

Krafth made just 11 starts and 17 appearances in the Premier League in total last term, and he struggled to make much of a positive impression, averaging just 1.1 tackles and 0.5 interceptions per game (Sofascore). Both Manquillo and Yedlin exceeded him for those metrics in 2019/20.

The 26-year-old has handed just his fifth Premier League start of the season by Bruce against Arsenal on Monday night, his first appearance since the 5-2 defeat at Leeds United back in mid-December (Sofascore). Krafth failed to take his chance to impress, often being beaten too easily and losing the ball 11 times, whilst also offering poor quality from his crosses (Sofascore).

It has now emerged that Istanbul Başakşehir could be a potential destination for him to end up at this month, with the Magpies potentially set to cash in on the right-back, according to reports from Turkey shared by Chronicle Live.

Reports in Turkey claim Emil Krafth is set for a move to Başakşehir. https://t.co/YBnenH3zYC pic.twitter.com/RY48zn9U4A

Many Newcastle fans are hoping that this report proves to be accurate and that the defender will secure a move away from the club this month, with plenty not convinced by the performances he has produced for the Magpies.

They can have him for free

A good news story for nufc fans. The bloke is hopeless in every regard. What a waste of 5 miilion quid. https://t.co/HXjUucOWa6

He started yesterday when our other options were fit. Not wanted now? 🤯 https://t.co/KGKrcze4xr

So typical of us, selling in a window we need to recruit 😤😤

Been another good signing from our scouting team

Some good news for once

One bit of good news.

Please let this be true.

One of the worst RBs I've ever seen play for us.

Would you cash in on Emil Krafth? 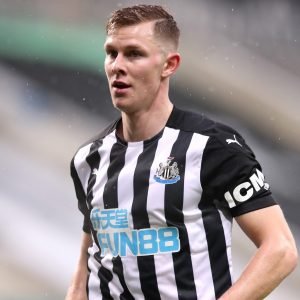 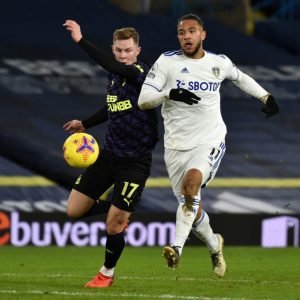