Many Newcastle United supporters were left fuming over the performance of defender Emil Krafth following the Magpies’ 3-0 defeat at Arsenal last night as their poor form continued.

The pressure that has been mounting on Steve Bruce over the last few weeks was telling as the Magpies boss made a host of changes to the starting line-up and changing to a 4-4-2 setup. However, that failed to make much of a difference as they were swept away comfortably by an Arsenal side who had been struggling for home wins.

Krafth was one of the players brought into the side in place of DeAndre Yedlin at right-back, but the 26-year-old was culpable for the second goal which killed off the game. That came after he failed to deliver a good enough cross and then struggled to get back quick enough to prevent Emile Smith Rowe getting in behind and laying the ball off to the lively Bukayo Saka to slot home.

In total, the right-back attempted four crosses, none of which were successful, and he also gave the ball away on 10 occasions throughout the 90 minutes (Sofascore). That highlights that he was poor on the ball and ended up causing a lot of problems for the Magpies’ defence on the transition, especially during the second half.

Many Newcastle fans were left frustrated with Krafth’s lack of attacking threat and inability to get back in recovery after losing the ball. Here are some of the reactions to the 26-year-old’s performance, which one fan unceremoniously described as “atrocious”.

Get Krafth as far away from our team as possible #NUFC

Kraft at fault for both goals.

Shelvey and Krafth look so out of place, how they collect the wages they do when neither can cross a football, this has been as bad as any other game this season #NUFC

Krafth shouldn't play for Newcastle again. Walking back. At fault for both goals due to simply not being there.

Emil Krafth has got to be one of the worst players i have ever seen put on a Newcastle United shirt. #NUFC

The determination off Kraft getting back for that goal was atrocious!!! 🤬🤬🤬#NUFC

Emile krafth is awful. This team selection again is a mistake. Bruce has to go or we’re down. #NUFC

Krafth and Lewis as full backs was a recipe for disaster. #NUFC

Do you think that Krafth is good enough to be their starting line-up? 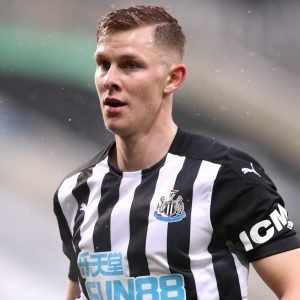 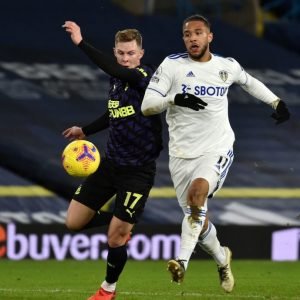