A number of Newcastle United fans have raged over the performance of Jeff Hendrick following their 1-0 defeat away against Sheffield United which  saw their poor run of form continue.

Steve Bruce’s side needed something positive from the game to relieve any of the pressure which has been building after a winless run of seven games and having scored just one goal in eight hours of football. The Magpies never looked like ending their winless run or struggles in front of goal at Bramall Lane and were deservedly beaten for a negative performance.

Hendrick was brought back into the side in the Premier League after being on the bench for the 2-1 loss against Leicester City. The Republic of Ireland international did not take the chance to impress and was largely ineffective against Sheffield United as they dominated possession and controlled the game.

The ex-Burnley midfielder lost possession seven times throughout the 90 minutes and did not win a single tackle, although he did make two interceptions and two clearances (Sofascore). However, the 28-year-old was not able to make any real difference going forward, barring a decent cross for Callum Wilson to head straight at Aaron Ramsdale in the second period.

Many Newcastle fans were baffled that Hendrick even started the game and were critical over his lack of impression on the match, describing him as “anonymous” with the accusation that he “offers nothing”. Some were questioning why the Magpies signed him, as this isn’t the first time the Irishman has fallen foul of the Tyneside faithful.

Hendrick and Yedlin have never been good enough for NUFC and shouldnt play again. #nufc #bruceout

Bruce aside Dummett Yedlin Hendrick and S.Longstaff should be nowhere near that 1st team. #nufc

How is Hendrick a professional footballer never mind playing in the premier league? 🤯 #NUFC

I'm starting to think that Hendrick gets a bonus for every time he gives the ball away. #NUFC

Someone has got to explain to me Hendrick’s purpose in this side. Offers nothing either offensively or defensively. Barely noticeable first half, as he has been for the entire season. How is he getting a game? #NUFC

Should Newcastle drop Jeff Hendrick after this latest performance? 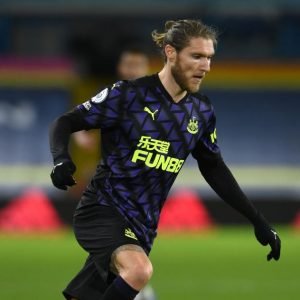 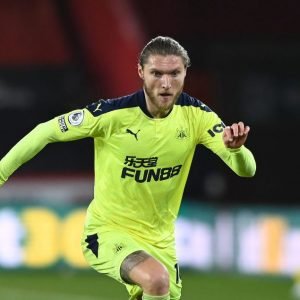