A number of Newcastle United fans have been reacting angrily to Steve Bruce’s suggestion that he could potentially drop goalkeeper Karl Darlow for Martin Dubravka against Sheffield United this evening.

Bruce has heaped praise on Darlow’s form so far this season and he even outlined that he believes his performances have earned him the number one position for the moment, despite Dubravka’s return from injury. The former Nottingham Forest man has stepped into the team in the Slovakian’s absence and been statistically one of the best goalkeepers in the Premier League in 2020/21.

Darlow has averaged four saves per game so far this season in the Premier League (Sofascore) and has made the third-most saves in the top flight (premierleague.com). Such form has even led to reports that he could stake a claim to make it into Gareth Southgate’s England squad ahead of Euro 2020 this summer.

Dubravka came back into the side against Arsenal in the FA Cup on Saturday, and the Slovakia international will want to reclaim his number one berth. Bruce admitted to the media (as relayed by Craig Hope on Twitter) that it is an ‘awful’ decision to have to make but he did potentially hint that he would be willing to drop Darlow.

Steve Bruce says he could drop in-form Karl Darlow for tomorrow's trip to Sheff Utd with Martin Dubravka fit again. Calls it an "awful" decision to make between pair. Bruce also believes NUFC are NOT in relegation scrap given "healthy cushion" to bottom 3. https://t.co/jLMqjGZglL

Many Newcastle fans were bemused that Darlow could potentially be dropped from the side, believing that he has been one of their best performers in the Premier League this season. Some are worried that dropping him would crush his confidence and show other squad players that, even if they perform well, they will not keep their places when everyone is fit.

Here is a pick of the Twitter reaction to what one supporter called a “ridiculous” suggestion from Bruce:

Listen, there is absolutely no doubt Dubravka is a fantastic keeper. That isn't in question. The fact is Darlow has been just as good this season and has won us so many points. It would be disgusting for Bruce to drop Darlow. #NUFC

If Darlow gets dropped I can see him wanting to be away in January #nufc https://t.co/YuX4veowbF

Ridiculous if true, Darlow has been an absolute revelation and should be nowhere near being dropped, doesn't make the silly mistakes that Dubravka sometimes does.

What does it say to Darlow if he gets dropped. It would be unwarranted, he's probably been our best player. Definitely the busiest! He will rush Dubravka back, injure him and piss Karl off at the same time no doubt. Dubravka is top class no doubt, but it is not necessary.

When Dubravka got injured I was seriously worried about GK, fair play to Darlow, who not only stepped up but has made a serious claim for the spot. along with Wilson has been our best player it would be a poor decision to drop him now. https://t.co/6bgZ9N6qK3

This must not happen. Morale of the squad would surely drop through the floor. Performing well should mean you warrant a starting place in the team. Darlow is #nufc player of the season. He has earned his place not like many others who consistently perform poorly & remain in 11 https://t.co/YYKsjDK2yY

Darlow needs to immediately put in a transfer request if he gets dropped. Got to reward form. https://t.co/Twx7Dq0Hoc

Would be absolutely insane call. Darlow has been our best player this year and 100000% has to start https://t.co/icQX0T8irN

Who should start against Sheffield United - Darlow or Dubravka? 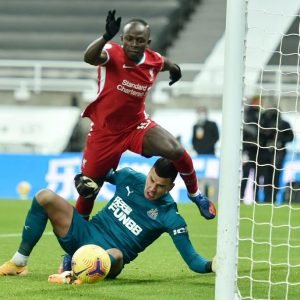 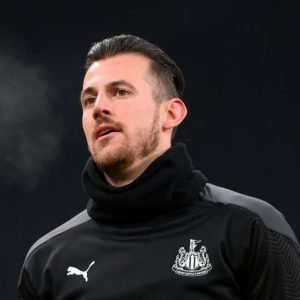