A number of Newcastle United fans have been raging over Steve Bruce’s comments suggesting that Florian Lejeune will not be recalled from his loan spell with Alaves, despite the Tyneside club being active in the market for another centre-back.

The Magpies have been linked with a potential move to sign Chelsea defender Fikayo Tomori this month, with the Blues reportedly willing to allow the defender to leave Stamford Bridge on a temporary basis. That is because Newcastle are lacking another quality option in that position after allowing Lejeune to leave the club on loan in the summer transfer window.

Bruce suggested that he wanted the Frenchman to go out and get some regular first team football this season after he struggled to force his way into the side upon returning from injury last term. Lejuene has been in impressive form in La Liga, averaging 2.1 interceptions, 1.5 tackles and 3.8 clearances per game to help Alaves record four clean sheets (Sofascore).

The defender is out of contract with the Magpies in the summer, and given his form and Newcastle’s links with another defender this month, The Athletic reporter Chris Waugh asked Bruce whether a recall was being considered. The Magpies boss suggested that he still believes Lejeune should stay with Alaves where he has guaranteed game-time.

Bruce on Lejeune continued: "It'd be nice for Shola (Ameobi, loan coordinator), to go & see him, but obviously (he can't). The feedback has been good; he's fit & he's healthy, which is the most important thing. So I think it's important the kid still plays the games." #NUFC (2/2)

Many Newcastle fans have been suggesting that Lejeune is one of their best defenders and should be recalled to the squad if they want to strengthen in that area, being left baffled by Bruce’s refusal to recall him from his loan in Spain.

I don't think fans want him recalled to sit on the bench Steve. When fit he's our best CB

Him and Fernandez should be our CB pairing.

He’s talking about an international footballer here !! A ‘kid’ ! That’s disgraceful. Why do we need to sign a CB if he’s for healthy and ready to play ?

But we want to sign a centre back…is he real

He’s our best CB why is he out in Spain

So that doesn’t really answer the question at all. Classic Steve

Should Florian Lejeune be recalled from his loan spell? 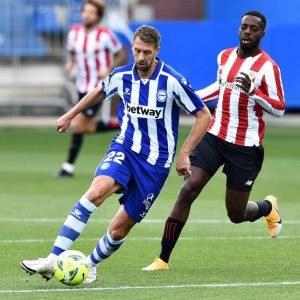 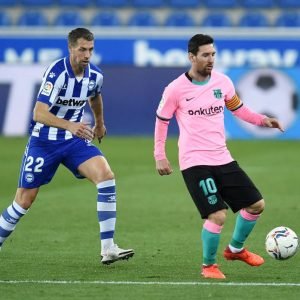