Newcastle United defender Florian Lejeune has revealed that he has not yet been informed whether the Magpies are looking to keep hold of him, with his contract set to expire at the end of his loan spell at Alaves.

Lejeune was deemed surplus to requirements at St James’ Park in the summer by Steve Bruce, who suggested it would have been better for him to get regular game-time elsewhere this season, per Chronicle Live. That saw the Frenchman move on loan to the La Liga side, where he has linked up with his former manager at Girona in Pablo Machín.

The centre-back has been excellent so far for Alaves in La Liga, with Lejeune helping them record four clean sheets in his 10 appearances and helping them on their way to impressive results against both Real Madrid and Barcelona. Indeed, his performance in their 2-1 win against Zinedine Zidane’s men recently earned him a place in the league’s Team of the Week.

The defender faces a critical next few months with his current £38,000-a-week deal set to expire in the summer, and Bruce suggested that the door could be open for him to return to St James’ Park as the manager keeps a watchful eye over his performances in Spain, per Chronicle Live.

However, speaking to Chronicle Live, Lejeune revealed that he has yet to hear anything concrete regarding his potential long-term future at St James’ Park.

He said: “I’m not thinking about next season. Steve Bruce told me that he was going to keep an eye on me but we will see.

“So far, no one has told me anything, but I’m not worried about that. I’m only focused on Alaves, winning games and having a good season. That’s very important for the team and for me.”

That Newcastle still have not made a decision on whether to try and keep Lejeune beyond the end of the season is surprising. The defender has put himself in the shop window with his performances so far this campaign for Alaves and he possesses qualities which may be lacking in the Magpies’ current squad. That is something Rafael Benitez acknowledged when labelling him as ‘crucial’ when he had the Frenchman as a player at St James’ Park.

However, it seems Bruce is not as convinced over the 29-year-old’s abilities as his predecessor was. Newcastle might not have long to try and ensure they keep hold of him, with his performances likely to have made Alaves keen on a potential permanent move in the summer.

It seems strange that Newcastle would allow a defender, who has averaged two interceptions and 3.9 clearances per game this season (Sofascore) and gained recognition in Spain, to leave the club on a free transfer at the end of the season. If Lejeune’s claims are accurate, then the Magpies need to get their skates on and at least sit down to have a thorough discussion with the defender about his future.

Do you think Florian Lejeune will stay or leave Newcastle in the summer? 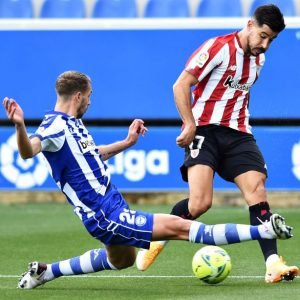 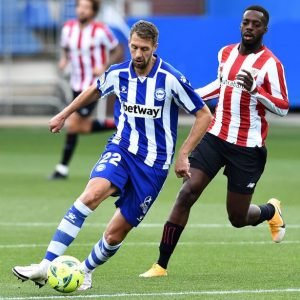