A number of Newcastle United fans have been raging over Steve Bruce‘s tactics after footage emerged on social media of a piece of attacking play by the Magpies during their 2-0 defeat against Chelsea.

Newcastle suffered a second straight 2-0 defeat against Frank Lampard’s side on Saturday, with Bruce’s team being guilty of sitting back and offering almost nothing in attack as the visitors strolled to a very comfortable three points at St James’ Park.

Alan Shearer was quick to criticise the lack of ambition shown from the Magpies to go and get anything from the game, while the Newcastle legend also singled out Allan Saint-Maximin, claiming that the 23-year-old has not been putting in enough effort since signing his new contract last month.

The defeat was further compounded by statistics showing that the Magpies have taken fewer shots and had less possession than any other team in the Premier League so far this campaign. That has created a lot of anger among supporters towards Bruce, who is coming under ever-growing scrutiny.

Footage has now emerged of a sequence of play which summed up the Magpies’ negative approach. At 2-0 down, Newcastle had a throw-in near Chelsea’s penalty area and the ball was played all the way back to goalkeeper Karl Darlow without so much as a thought to get the ball into the visitors’ penalty box.

This somes up Newcastle quite nicely it's a disgrace #BruceOut #NUFC pic.twitter.com/C34OzCk11I

Many Newcastle fans were left enraged by the “embarrassing” passage of play and suggested that it sums up the approach from Bruce, which is why a lot of supporters are suggesting a change is needed in the dugout at St James’ Park.

Remember when Bruce said that his sides play attacking football? I am guessing he meant attacking their own. There is zero excuse for that throw in and as manager, he and his inept coaching staff are responsible. These pundits defending him do not watch us regularly. Clueless.

Just dire. There is no other word for it. Completely hopeless. Not even a glimmer of getting stuck in or having a go.

Couldn't believe what I was watching at that point. Even a lower league team would be bombarding the box looking for a break of the ball! Embarrassing!

Worst football I've ever seen. I beg neutrals don't watch us it's too embarrassing for me.

Do you think Steve Bruce needs to go for Newcastle to progress? 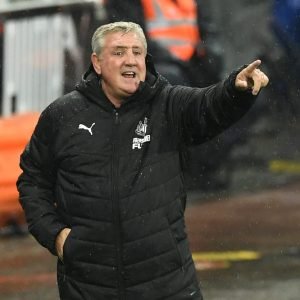 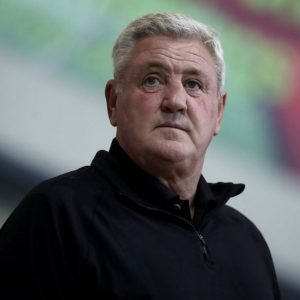