Former Aston Villa forward Gabriel Agbonlahor has suggested that Miguel Almiron has not doing anything special enough during his time at Newcastle United to earn a move away to a bigger club.

Almiron’s future has been thrown up into the air this week after it emerged that the 26-year-old had been the subject of potential interest from Atletico Madrid during the summer, with his agent having even suggested that he would already have left St James’ Park had it not been for the global pandemic, as per journalist Roberto Rojas.

The Paraguayan is also thought to be potentially interesting a couple of the Premier League’s bigger clubs and has started to grow frustrated over a lack of game-time and being played out of position so far this term, according to Rojas. The Magpies are reportedly in a strong position over his future, though, having inserted a high release clause into his contract when he joined the club.

Speaking to Football Insider, Agbonlahor suggested that Almiron’s performances at Newcastle have not been good enough to warrant interest from any of the clubs in the Premier League’s traditional top six. He also stated that, at the moment, the Magpies are operating at about the same level as the 26-year-old.

The former Aston Villa striker said: “Not a chance. For his agent to say that he must be drunk.

“For me Almiron has not done anything yet to prove that he deserves a move. He works hard and shows a good work rate but his quality going forward has not been there.

“If you look at his stats and the amount of goals he scores and assists he gets you can’t be thinking of a move away from Newcastle to a bigger club when you haven’t done it at Newcastle.”

As Agbonlahor suggests, Almiron’s end product has at times been lacking since he made the move to Newcastle, with the playmaker having only managed four Premier League goals so far, all of which came last season. He also missed nine big chances last term (Sofascore).

The 26-year-old is rightly growing frustrated over Bruce no longer viewing him as an automatic starter for the Magpies; and with the arrivals of Ryan Fraser and Callum Wilson, there hasn’t yet been a concrete plan put in place to fit him into their strongest XI this season.

Almiron is a player with a lot of potential, and were he playing for a club with a more attacking style of play, he could be more productive in the final third of the pitch. However, at this moment in time, it would seem like a potential gamble for an elite club to take him from St James’ Park.

Would Miguel Almiron be good enough to play for a top six side? 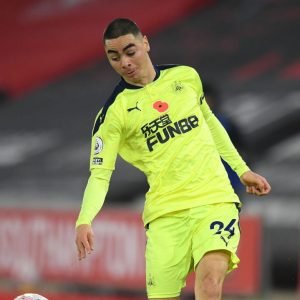 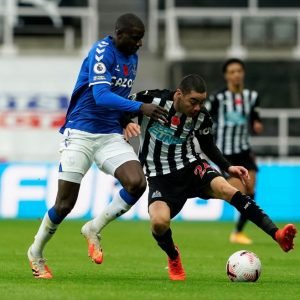