A number of Newcastle United fans have urged Steve Bruce to consider calling up Elliot Anderson to the first team squad after his impressive performance in the Papa John’s Trophy against Bolton Wanderers.

Anderson would have been hoping to potentially prove his worth to the Magpies’ first team boss by producing a strong display against League Two opposition in a competitive environment. The 18-year-old did that and then some after registering a first-half brace which highlighted his finishing abilities. Newcastle went on to lose the game 3-2 but the midfielder’s display was the real positive.

Bruce’s side have been lacking a little bit of depth and quality in midfield so far this season, with Isaac Hayden and Jonjo Shelvey both suffering injury troubles and summer signing Jeff Hendrick not really finding consistent form so far for the Magpies.

The lack of attacking intent from midfield has left Newcastle as the most shot-shy team in the Premier League so far this season. Anderson is the type of player who could arrive late into the box and provide more of a threat in the final third, which is shown by his average of two shots per game in the Papa John’s Trophy group stages (Sofascore).

Many Newcastle fans believe the midfielder has shown he has the talent to make it with the Magpies’ first team and that he should now be in serious consideration for minutes in Bruce’s squad, while others believe he is already a “future star” following his excellent display against Bolton.

We need him in the first team, future star🙌 https://t.co/m8F6NTY3XU

Will this lad ever get a chance in the first team then? Definitely sounds like the stand out player https://t.co/IRlb9e8Wx9

Gonna be top class this lad.

Might aswell close the Academy down if he doesn't make it.#NUFC https://t.co/lNj6SPvrCf

Maybe a diamond in a bunch of dirt🤔 https://t.co/6pTc7NvEop

A star in the making

Do you think Elliot Anderson should be given a first team chance? 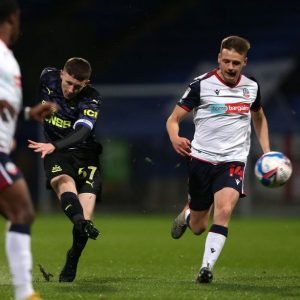 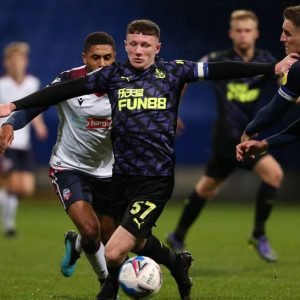