Newcastle United’s official Twitter has got fans talking this morning by posting footage of a wonder goal on a glorious night at St James’ Park as the Toon turned around a first-leg deficit against Ferencvaros in the UEFA Cup 2nd Round.

Trailing 3-2 after the trip to Hungary, a brace from Faustino Asprilla and a late strike from Les Fernidand were eclipsed by the moment of genius from flamboyant Frenchman David Ginola as Kevin Keegan’s side won 4-0.

On the 24th anniversary of one of many famous European nights in yesteryear on Tyneside, fans have reacted to the nostalgic moment…

Twitter: @NUFC @teamginola Watched this game live on the telly at 13 years old. Literally could not believe my eyes

Twitter: @NUFC @LiamJKennedy23 @teamginola What a player, it was a pleasure to watch him play for Newcastle. (@NewcastleK)

Twitter: @NUFC @teamginola Every single year, I will exclaim, “This was my first ever Newcastle game!” What a night. I’ll remember it forever (@Phoo_Fighter)

Twitter: @NUFC @teamginola We used to spend hours trying to replicate this goal as kids. It’s definitely one of my all-time… https://t.co/5RC1ZJDUAu (@LiamTFitzG)

Twitter: @NUFC @teamginola I was there that foggy night behind the goal for that. Still gives me goosebumps watching it now! (@hully1972)

Recollections of nights and goals like this act as a startling reminder of what once was at St James’ Park.

As things stand, whilst the club are in a better place than they have been at periods in the interim, the idea of European football, of any description seems lightyears away in the current guise.

Geordie fans cling onto the hope the current crop, including today’s own flamboyant Frenchman Allan Saint-Maximin, can act as a springboard for future times of glory coming back to the North East. 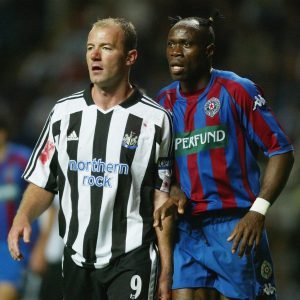 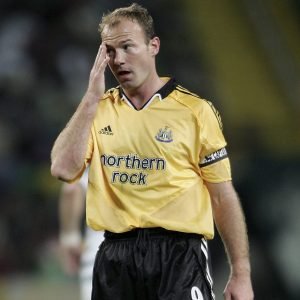