Wolves are reportedly tracking Newcastle United forward Allan Saint-Maximin amid uncertainty over his future on Tyneside.

According to the Daily Mail, both Wolves and Palace are monitoring Saint-Maximin as they consider moves for him at the end of the season.

The report claims that his future is uncertain after Steve Bruce opted to leave him out of the team against Burnley at the weekend, despite him being fully fit. Bruce, allegedly, told the media that he was suffering with an injury as a way of protecting him from the scrutiny of being dropped.

This could be a huge blow for Newcastle and a boost for Wolves if Saint-Maximin is frustrated with Bruce for dropping him. The report says that Bruce has been disappointed with Saint-Maximin in training, which could also suggest that he is not putting the work in on the training ground for Bruce.

Wolves could take advantage of this and make an offer to Newcastle in an attempt to snap Saint-Maximin up in the summer. If he begins to cause Bruce problems off the pitch, Newcastle could be tempted to cash in on the winger and sign a forward more suited to Bruce’s style of play.

Saint-Maximin did provide an excellent assist for Miguel Almiron against West Brom in the FA Cup, though, showing that he can still produce good performances for Newcastle. If he can continue to turn in impressive displays, it could be harder for Bruce not to start him and could tempt Wolves into firming up their interest with a bid. 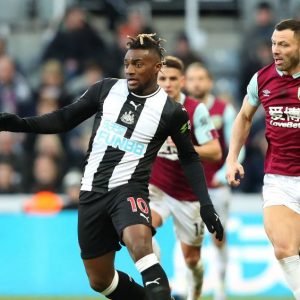 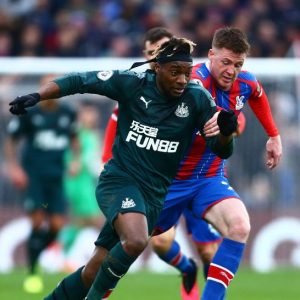