Several Wolves fans have reacted to reports linking the club with a move for Newcastle winger Allan Saint-Maximin.

Mail Online reported over the weekend that Nuno Espirito Santo’s side were said to be keeping tabs on the 22-year old wide-man, in case they lose Adama Traore in the summer.

Both Real Madrid and Barcelona have been linked with a summer move for the Spaniard in recent weeks, and the Midlands club are now preparing in case they cannot prevent the former Aston Villa and Middlesbrough man from leaving.

In the reality that Traore does decide to return to La Liga, Wolves could move for Saint-Maximin, who signed for the Magpies from Nice for £16.5 million last summer.

Despite looking promising this season, Saint-Maximin has struggled to build any momentum at St James’ Park, having suffered various injury issues which have seen him score just once in the Premier League.

Reacting to Wolves’ reported interest, a number of fans of the club claimed that they would rather just keep Traore, although some did like the sound of signing Saint-Maximin.

Twitter: @TalkingWolves I’d take him. But I’d rather us kept adama (@Tylercrowson2)

Twitter: @TalkingWolves Similar hair does not a Traore make! Hope he stays! (@SmithShakesp)

Twitter: @TalkingWolves Irreplaceable, even though this is not going to happen. Adama is one of a kind in football. 🐺🐺🐺 (@stu00763)

Will Saint-Maximin still be a Newcastle player at the end of the summer window? 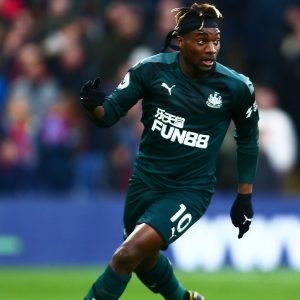 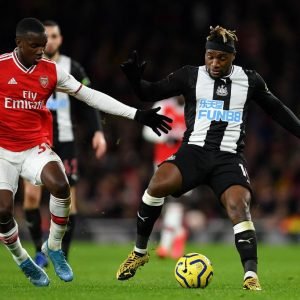