Steve Bruce has admitted that Joelinton “might not be a natural goalscorer”, and understandably, this has got many Newcastle fans talking.

The 22-year old was signed in a club record £40million deal from Hoffenheim in the summer, and was handed the No. 9 shirt as Newcastle’s first choice striker.

Speaking at the time of the Brazilian’s signing, Bruce described Joelinton as “big, strong and athletic”, claiming that “he’s got all the attributes a top striker needs.”

Several months later, with Joelinton having only scored once in 26 Premier League games this season, Bruce has now admitted that scoring goals might not be Joelinton’s forte, saying:

The great strikers, the goalscorers, all they’re interested in is scoring a goal – Joe is not like that. He is more a team player. He has to be a bit more selfish. He has to think about himself more and score a goal. He doesn’t get himself in the positions enough, that’s something we’re working on.

But you can put on as many finishing drills as you want, unfortunately Joe will be measured by one thing – goals.

His team, his work-rate, he never shies away. With that attitude I’m sure he will come good. You have to understand he’s only 23, a baby. At times he’s found it difficult, but I’m convinced he’ll come good.

The only thing we can do is keep encouraging the lad. He might not be a natural goalscorer, but we know there is talent there.

With the club having spent such a large fee on a player to have then played them exclusively out of position, a number of Newcastle fans expressed their thoughts on Bruce’s latest comments.

Twitter: @CraigHope_DM Wow. So we wasted £40m on a bloke who doesn’t score goals after the two top scorers from last season… https://t.co/P7oiiCVuC8 (@MartinJohnson10)

Twitter: @CraigHope_DM Craig sorry but that’s crazy… if I was mike Ashley I’d be asking who scouted him and who signed off on a non scoring #9 (@Cosseycj)

Twitter: @CraigHope_DM Bruce has absolutely zero say in transfers so he has got to come out with these PR statements, nothin… https://t.co/HL2e49tVSa (@agbnufc)

Twitter: @CraigHope_DM Questions need to be asked who sanctioned this deal (@BLOOD202)

Where should Joelinton play for Newcastle? 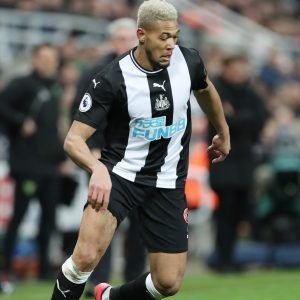 In the hole behind the striker 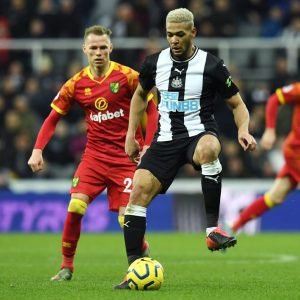 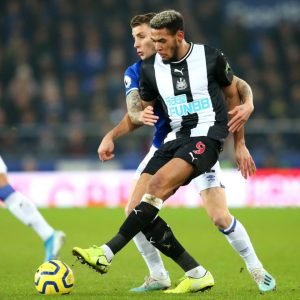