Some Newcastle fans have reacted strongly to Steve Bruce’s comments about Joelinton following the club’s 4-0 loss to Arsenal on Sunday.

The Brazilian striker played the duration of the game for the Magpies, failing to score for the 25th time in the Premier League this season, having only scored once in 26 league games.

Following the game, Bruce spoke out about the 22-year old, encouraging him to learn from his mistakes and continue improving. As reported by Lee Ryder from Chronicle Live, Bruce said:

Joelinton has got to learn and improve. He has to be in the box more often.

We have to keep reminding him to get in the box and be more selfish. Strikers are judged on goals.

He played well, led the line well but he’s got one goal all season in the Premier League.

Following these comments, a number of Newcastle supporters weren’t overly impressed, taking to social media to voice their thoughts on Newcastle’s current situation.

Twitter: @lee_ryder 😂 This is so hypocritical. Bruce manages him. Sets him up in a system where service is non-existent. Ple… https://t.co/HoXnRABeix (@craiglongmore)

Twitter: @lee_ryder Should we really have to remind a £40 mill striker to get in the box!? (@Cooperi4)

Twitter: @lee_ryder Well sort the midfield out you clown, if he didn’t have to drop so deep to get a touch he might stand a… https://t.co/SwFh4Tjws5 (@hardy27)

Twitter: @lee_ryder £40m and 80 bags a week and he has to be reminded to get in the box, Christ. (@callumandrews)

Twitter: @lee_ryder A PROPER striker doesn’t need reminding to get in the box 🙈

Twitter: @lee_ryder Keep reminding him? What’s he got? Amnesia?? (@neilTheMagpie)

Twitter: @lee_ryder If only Bruce was in a position to influence how the team sets up, its formation and the tempo. (@IanBiggins)

What should Steve Bruce do with Joelinton?

Keep him up front 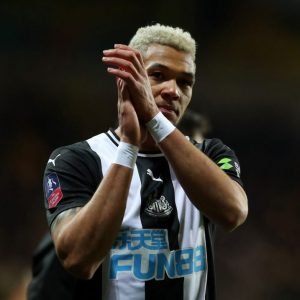 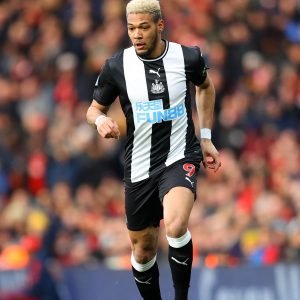 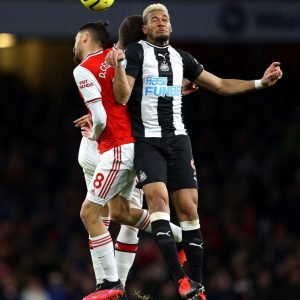