The Austrian winger endured somewhat of a baptism of fire on his full debut for the Magpies, starting at right wing-back as Newcastle were torn apart by Arsenal in a 4-0 victory at the Emirates.

Lazaro was culpable on several occasions, with Bukayo Saka embarrassing him for Nicolas Pepe’s goal.

Talking after the game, as reported by the Shields Gazette, Lazaro explained that while he has played wing-back for both Hertha Berlin and Inter Milan, that he is still learning the defensive elements of the position.

It’s a position I’ve played over the last maybe two years. I’m adjusting to that. You can see that I’m a winger, and my strengths are in attack. I’m trying to learn more and more defensively.

I’m trying to learn more there. With team-mates like this who help me out, it’s a lot easier.

Following Lazaro’s comments, a number of Newcastle fans took the time to hit out at Bruce’s decision to sign a winger to play wing-back.

Twitter: @milesstarforth We should play him as a winger then. (@WoodyLad8)

Twitter: @milesstarforth @NUFC360 So we are playing a winger as a defender even when we have our subs bench full of defender… https://t.co/LiqGlZWNjN (@MaxwellA98)

Twitter: @milesstarforth @NUFC360 Probably have him CDM in a few weeks. (@cushdela)

Twitter: @milesstarforth @NUFC360 He will probably be shoved at CB next… Brucie knows best remember. (@ToonBarmy59)

Twitter: @milesstarforth Surely play him in his strongest position (@SteveMcKenna_)

Twitter: @milesstarforth Kid was allowed to get destroyed in the second half and the blame should lie with Bruce and his coa… https://t.co/mwhx0S77z7 (@geordiedug2)

Should Newcastle play Valentino Lazaro as a forward against Crystal Palace? 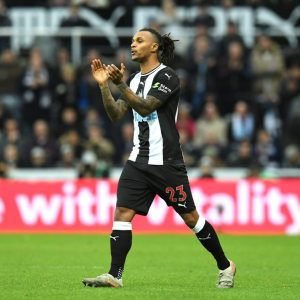 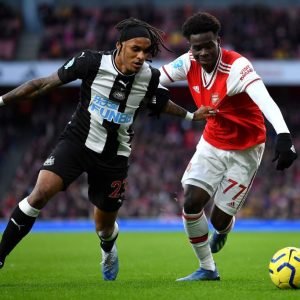