Having signed on loan for the remainder of the season from Inter Milan in January, Lazaro made his competitive debut for the Magpies against Norwich earlier this month, coming on for the final half hour against the Canaries.

Following the club’s winter break, the 23-year-old loanee made his first start against Arsenal, playing right-back as Steve Bruce’s side were beaten convincingly, losing 4-0.

Despite putting in a fairly impressive first half display, Lazaro, a winger turned wing-back, was heavily criticised online in the second half after Bukayo Saka nutmegged him with ease before pulling the ball back for Nicolas Pepe to score.

While some fans were quick to tear down the Austrian on social media, a number of Newcastle supporters came to Lazaro’s defence, citing his lack of familiarity with the position and his positive first half display as reasons enough not to slam the Inter loanee.

Twitter: @NUFC360 He had a decent first half to be fair to him (@harrystrawson_)

Twitter: @NUFC360 Give the lad a break. He had a good first half. He’s not a natural defender (@mickycantwell)

Twitter: @NUFC360 Lazaro isn’t to blame he is a right winger who is being told to play as a right wing back in this awful 5-2-3 Bruce system (@AdamTynemouth92)

Twitter: @NUFC360 He had a good first half but has been undone defensively twice in 5 minutes. Not a disastrous debut in my… https://t.co/t6y8SDokdm (@Travismanning_)

Twitter: @NUFC360 Everyone slated willems after a defensive mistake he made early on.. and look how that turned out 👍🏼 give him time! (@joe_marsden)

Is it too soon to judge whether Newcastle should sign Valentino Lazaro permanently?

Yes, give him time 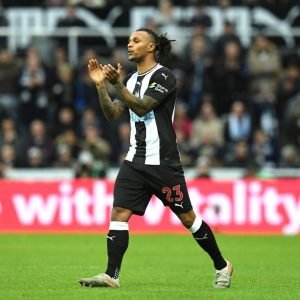 No, he's not good enough 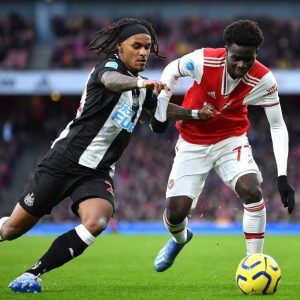