Newcastle appear to have been handed a double injury boost ahead of their game with Arsenal on Sunday, with both Joelinton and Yoshinori Muto back in training, reports Chronicle Live.

The Magpies had looked particularly thin on forward options after Joelinton limped off against Oxford United in Newcastle’s FA Cup game earlier this month.

Dwight Gayle, Andy Carroll and Muto have been on the sidelines for a while now, meaning the injury to Joelinton had looked problematic.

However, Chronicle Live confirm that both Muto and Joelinton trained on Wednesday, giving Newcastle two forward options to face the Gunners at the Emirates on Sunday.

Despite Joelinton’s goalscoring record looking less than impressive this season, with him having scored just once in 25 Premier League games this season, his return for the Magpies will be huge, with Steve Bruce previously having been concerned about his condition.

Joelinton provides Newcastle with a focal point, meaning that Allan Saint-Maximin won’t need to be used through the middle like he was against the U’s in the FA Cup.

Newcastle and Arsenal will both be desperate to get back to winning ways on Sunday as they both are coming off the back of consecutive draws in the league, and having Joelinton and Muto gives Newcastle a bigger chance at coming away from the Emirates with some valuable points.

Should Yoshinori Muto start against Arsenal this weekend? 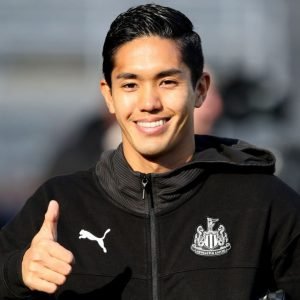 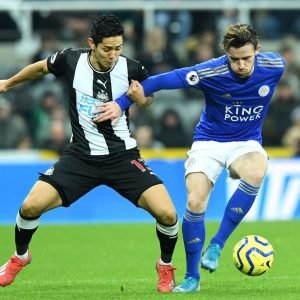