The Serbian striker failed to find his footing under both McClaren and Rafa Benitez on Tyneside, scoring just 14 goals in 65 league appearances for the club.

Since leaving for Fulham though, the 25-year old has flourished, scoring 44 goals in 81 league games, 21 of which have come in the Championship this season.

Speaking to Football Centre on Sky Sports News (11/02/20 at 10:25 am), as transcribed by HITC, McClaren claimed that the former Anderlecht man was too immature during his time with the Magpies.

They [Fulham] signed him halfway through the season two seasons ago and he got them promotion. He scored about 15 goals and got them promoted. And he’s doing it again.

We signed him and he was a young player and we wanted him as the number two. Unfortunately, we got injuries and we had to put him as the number one. He was immature and wasn’t ready for that. Hot-headed at the time. He got sent off. Discipline. He got frustrated and got down. And it’s a different level.

It’s 52,000, you have to handle the pressure, and he was too young to do that. He went out on loan, I thought he would score goals, which he did. He came back and I thought he would carry on scoring goals. And, unfortunately, it wasn’t for him and he moved on.

Newcastle have done the same with Joelinton at this present moment. Another young player who is finding it difficult to establish himself at Newcastle. And maybe, that number nine at Newcastle is a big, big shirt to fill. Mitrovic, Joelinton, for young players it’s difficult. Mitrovic suffered [at Newcastle] and has done tremendously well in the Championship.

Mitrovic did struggle to settle at Newcastle, and McClaren’s assessment of the situation appears to be fairly sound. Signed as a promising 20-year old for £13 million in 2015, having only played in ‘lesser’ league competitions before joining the Premier League club, Mitrovic wasn’t perhaps ready to take on such responsibility during his time with the Magpies.

Mitrovic himself claimed that he couldn’t cope with Rafa Benitez’s tactics and style of play at St James’ Park, claiming he “didn’t feel comfortable to play”, indicating the reason behind why he would eventually leave for Fulham on loan.

Meanwhile, former Serbia head coach Slavoljub Muslin speculated that Newcastle didn’t have enough confidence in him for the striker to succeed, also claiming that perhaps Newcastle’s system didn’t suit Mitrovic, who played as part of a three-pronged attack for his national side.

Ultimately it could have been any combination of those factors, or something much simpler, that Mitrovic never settled in his environment. Whatever the reason behind the Serbian’s struggles, Newcastle made the right decision to cash in on a striker whose stock had risen following a successful loan spell elsewhere. 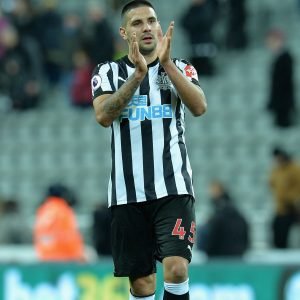 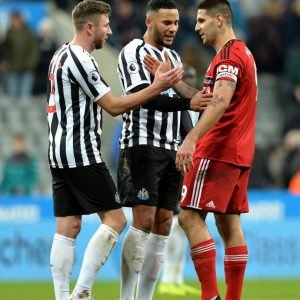