Leeds United are being linked with a move to sign Dwight Gayle from Newcastle in January.

It has been revealed that the striker will be available for a price in the region of £15 million during the upcoming transfer window.

After learning of his asking price, these Leeds United fans on social media have been giving their verdict on the rumours and it’s fair to say, they weren’t particularly impressed.

Twitter: @LeedsUnitedYEP 15million for someone who’ hasn’t started a league game and only made 3 sub appearances. Madness th… https://t.co/muY9SOAVZY (@RobbieT7)

Twitter: @LeedsUnitedYEP We can’t afford him #lufc plus with the way Bielsa works, he’s not likely to be up to speed and end up on the bench (@cmbrowny)

Twitter: @LeedsUnitedYEP Nope, too much money and doesn’t seem to be a Bielsa type player to me. Rather focus on keeping Eddie (@lukechunknaylor)

Twitter: @LeedsUnitedYEP He’s a liability and a waste of money at £15M (@Jimmypeak62)

The £15 million price tag seems too high for these Leeds United fans and it’s easy to see why.

For all his success on loan at West Brom last season, Gayle has rarely featured this season – playing just 45 minutes of Premier League football for Steve Bruce’s side.

Newcastle are banking on his previous form in the Championship to attract potential suitors, but it is a huge amount of cash to outlay on a player that has continuously struggled in the top flight.

Leeds will be hoping to go on and achieve promotion this season, meaning a deal to spend £15 million on Gayle makes little sense for them at this stage.

Do you think Gayle will leave Newcastle in January? 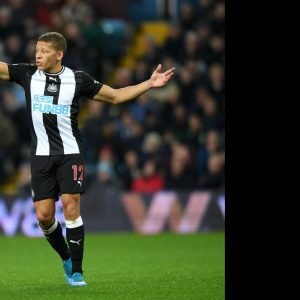 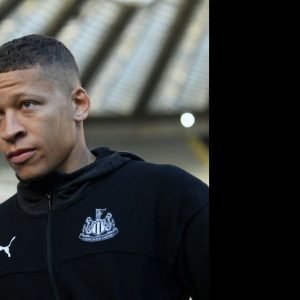