Many Newcastle United supporters have been reacting to reports that the Magpies are set to rival Southampton in the race to sign Manchester United defender Brandon Williams on loan in January.

Steve Bruce’s side are set to operate within a restricted budget during the January transfer window due to the ongoing pandemic and the club’s legal challenges with the Premier League, per The Northern Echo. That means they are set to prioritise the loan market to strengthen their squad and the full-back area is their main area of focus.

Williams has been struggling for game-time so far this season with Manchester United having enjoyed a breakthrough campaign last term making 17 Premier League appearances and playing a key role in their run to the Europa League semi-finals (Sofascore). However, the versatile defender, who can play in both full-back positions, has only been handed one league appearance so far this term.

Southampton had been linked with a potential move for the defender in the summer, but the Old Trafford club elected to keep hold of him to provide extra cover for their domestic cup and Champions League duties, per Sky Sports. The Saints remain interested in making a move for him again in January, per Hampshire Live.

It has now emerged that Newcastle are monitoring the defender ahead of the winter window and the Red Devils could be set to allow him to leave on a temporary basis, per Chronicle Live.

Some Newcastle fans have suggested that a move for Williams should not be the priority, with the Magpies having been linked with a move to re-sign Jetro Willems. One supporter feels it would be a ‘pointless’ use of their available loan slots, although others were more receptive to the rumours.

This would be such a pointless use of a loan imo. Highly doubt Man United would let him go beyond a potential loan, so strengthening another PL’s starlet for practically nothing.

Go get Jetro back #NUFC https://t.co/LHnd626FqV

We have 3 left backs, why do we need another? All 3 left backs can play there to a good standard

Could play right back though. And is hardly first choice at Man Utd. Jetro is a risk imo.

Hell no I'd rather go for my man Jetro

Could literally get Jetro

Why not bring Lejeune home?

Would Brandon Williams be a good addition for Newcastle? 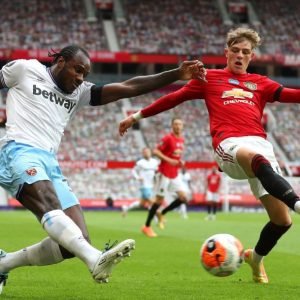 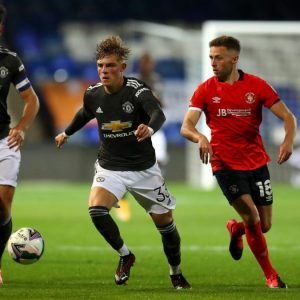