Newcastle United are monitoring the performances of Crewe Alexandra forward Mikael Mandron ahead of a potential shock move for the League One ace in January, as reported by Football Insider.

The 6 foot 3 striker only arrived at Crewe on a one-year deal in the summer following his exit from Gillingham, where he scored five league goals in 23 appearances last term (Sofascore). Mandron had started brightly this time around, registering three league goals and six in all competitions so far this season (Sofascore).

The 26-year-old came through the academy at Newcastle’s bitter rivals Sunderland and went on to make three first team appearances for the Black Cats before dropping down to the National League with Eastleigh and then going to earn moves back up to the Football League. [TransferMarkt]

Steve Bruce reportedly attended Crewe’s 2-0 win against Peterborough United on Saturday, with the Magpies monitoring both Mandron and Siriki Dembele from the two League One clubs. The Newcastle manager was at the game monitoring the 26-year-old and he would likely have been impressed with his all-around performance, according to Football Insider.

It is fair to say this is a transfer which would come somewhat out of the blue and may struggle to get the pulses going among Newcastle supporters. However, the Magpies have been lacking goals up front this season, Callum Wilson excepted, and you would therefore expect them to be in the market to add more firepower to their squad.

Mandron is a player who has obvious qualities, with his power and strength in the air making him a difficult player to contain for opposing defences. He was described as a ‘talented’ player by his former manager Steve Evans last year, while so far this season he has won 3.9 aerial duels per game and shown his link-up play by creating five big chances (Sofascore).

However, the 26-year-old is not a prolific forward, having only managed to hit double figures for goals in a league campaign on two occasions in his career so far. That shows it would be a huge gamble for Newcastle to take in expecting him to come up to the Premier League and provide a genuine scoring threat.

Should Newcastle take a gamble in signing Mandron? 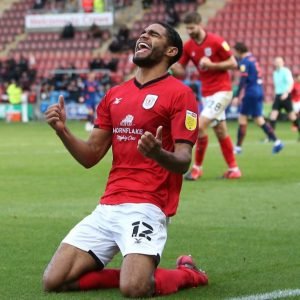 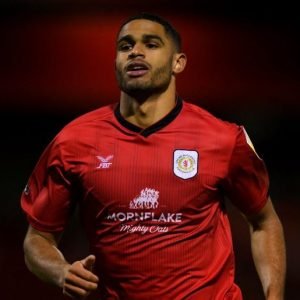