Magpies boss Steve Bruce has carried out his press conference ahead of the visit of Manchester United on Saturday night.

The manager spoke about that new deal for Allan Saint-Maximin, keeping his squad happy, injury latest, and of course Saturday’s opponents.

Speaking to NUFC TV, Bruce said: “He is different. We all know that but there’s no question about one thing. He enjoys his football like nobody else. If you ask him the result of any game over the weekend, he will tell you the result, the goalscorer, and where they are, whether it is in France, Italy, Germany.”

The Toon boss also admitted the flamboyant forward can be ”difficult (to manage) at times. However, he is worth it”

On the absence of goalkeeper Martin Dubravka Bruce said: “It’s fair to say it’s slower than we’d like. We will have to let nature take its course.”

However, there was better news on Matty Longstaff, Ciaran Clark, and Paul Dummet who are ‘all on the road to recovery.’

Himself a former Manchester United captain, Bruce will know all too well how much they are hurting after their humbling defeat last time out, the 59-year-old expects a backlash: “They’ll want to erase the memory of two weeks ago [a 6-1 defeat v Spurs]. I’m expecting a really difficult game. They’ll be wounded from what happened. They’ve got some top players in the team so we’ll have to play well to get something.”

On the chances of fringe players leaving the boss wasn’t optimistic: One or two enquiries but that’s about it, really,” Steve Bruce said. “It’s disappointing for the lads who obviously need to go and play so we’ll see what happens in the next few hours but I would doubt it”

The absence of last seasons out and out number one Dubravka remains a slight concern, however, Karl Darlow has so far proven an able deputy and can hopefully continue his run of good form.

Bruce is right to be wary of the injured lion affect with Saturday’s opponents, although the Toon can be confident on the back of their own form of inflicted more pain on Manchester.

Who's Your Newcastle Number One? 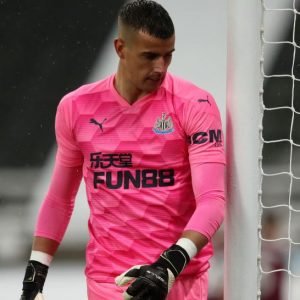 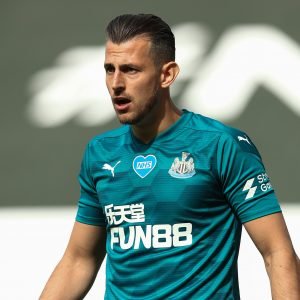