Newcastle United are understood to have held talks with Championship side Huddersfield Town over a loan move for winger Rolando Aarons, according to the Mail Online.

The 24-year-old England Under 21 year international is out of contract at the end of the season and doesn’t seem to be part of Steve Bruce’s plans, having not featured this season and spending last term away on loan spells at League One Wycome Wanderers and Scottish Premiership side Motherwell.

Determined not to let him leave on a free next summer, the Magpies are keen to cash in on Aarons before Friday’s deadline.

Huddersfield, who sit 19th in the Championship could well be in line for a windfall should they complete the deal to sell Karlan Grant to West Brom, with some of the money potentially heading the way of Newcastle for the services of Aarons.

The Jamaican born winger was signed from Bristol City back in 2014, the winger has played 18 times in the Premier League for the club, scoring twice.

Since signing in 2014 things haven’t really gone to plan for Aarons who has spent more time away on loan than he has turning out for the Magpies.

At 24, Aarons is at somewhat of a crossroads in his career, and with the likes of Ryan Fraser and Allan Saint-Maximin ahead of him in the pecking order at St James’ Park, the time is perhaps right for the winger to move on, this time on a permanent basis. 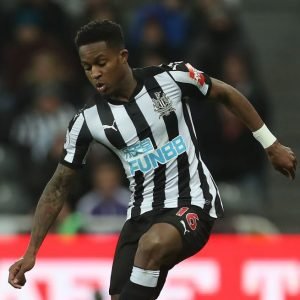 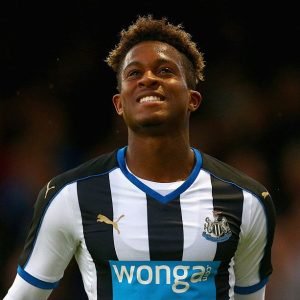