Journalist John Gibson doesn’t believe that Newcastle United will part ways with Steve Bruce this weekend regardless of the result against Wolves.

The Magpies’ poor run of form has found them slipping perilously close to the dreaded relegation zone as current incumbents Fulham begin to pick up points and close the gap.

However, Gibson doesn’t foresee Bruce being relieved of his duties as soon as this weekend, despite the manager’s immense unpopularity with many supporters. He told the Everything is Black and White podcast:

Several reasons for it, one of the most being that that isn’t the way Ashley operates. He’s not going to sack Steve Bruce at this point in procedure. He doesn’t like sacking managers.

Gibson added that Bruce could potentially leave before the end of the season, albeit that other clubs would perhaps have already acted.

Last weekend’s defeat at the hands of Manchester United showed signs that the players are at least still up for the fight.

Newcastle’s plight hasn’t been helped by the injury to Callum Wilson, with the club’s top marksman likely to miss several weeks with a hamstring injury.

At some point in the near future, the managerial hot seat will reach a tipping point as to whether to stick or twist before it becomes too late – if it hasn’t already.

Should Steve Bruce Be Sacked? 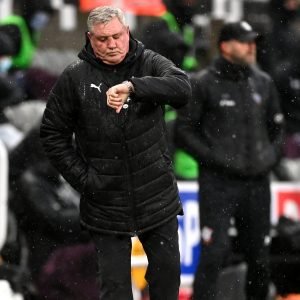 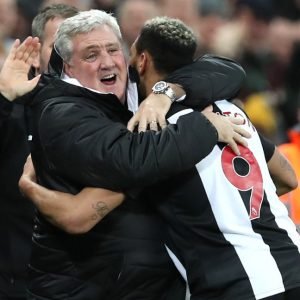