Newcastle United have made a fresh move to sign Sampdoria defender Omar Colley, with the Magpies having opened talks with the Serie A side over a potential deal, according to Tuttomercatoweb.

Steve Bruce’s side were credited with an interest in the 28-year-old defender during the summer transfer window. However, the move failed to materialise, with Sampdoria holding out for a fee of around £14m for him, per Corriere dello Sport. That came despite reports suggesting he had a release clause of around £10.8m in his contract amid interest from the likes of Liverpool.

Colley has just recently signed a new deal with Sampdoria to extend his contract with them until 2025, but the Serie A side are still reportedly willing to listen to offers for the 25-cap Gambia international and sell him before the transfer window closes on Monday, per Tuttomercatoweb. That comes amid interest from Turkish side Fenerbahce.

Newcastle have reportedly re-entered the race for his signature and have opened talks with Sampdoria over a potential deal. That comes amid a defensive injury crisis for the Magpies, with both Federico Fernandez and Ciaran Clark having suffered injury setbacks. That has forced midfielder Isaac Hayden to step into the defence during their recent defeats to Aston Villa and Leeds.

Bruce is still attempting to boost the quality of options available to him in the final days of the transfer window. Resources are stretched thin and it has been reported by the Shields Gazette that one or two high earners could be moved on in the next few days to free up room in the squad and on the wage bill for potential arrivals.

That could mean that the finances open up for a move for Colley, and the 28-year-old would offer a commanding presence at the heart of their defence were he to arrive. He won 4.6 duels per game and made 4.8 clearances and 1.9 interceptions per 90 minutes in 31 league appearances last season (Sofascore).

Such figures suggest that he should be well suited to the physicality of the Premier League, and considering that champions Liverpool were interested in him in the summer, he obviously has talent and quality. It will be interesting to see if sufficient funds can be freed up by Mike Ashley to allow the Magpies to pay the required fee to get the deal done.

Would Omar Colley be the right signing for the Magpies? 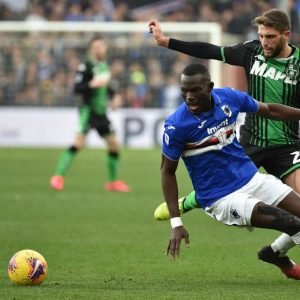 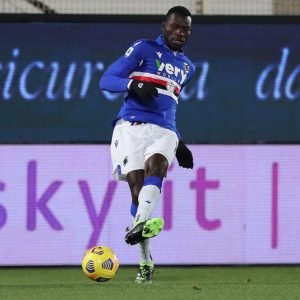