On Friday, Newcastle fans heard those five magic words they had been longing to hear – ‘Allan Saint-Maximin is training’.

The French winger had been sidelined for six weeks after a positive virus diagnosis lead to the 23-year-old struggling for fitness owing to the long-term effects of the pandemic.

Newcastle manager Steve Bruce confirmed that Saint-Maximin was on his way back, although he is unlikely to be involved as soon as Monday night’s trip to Arsenal.

🎙 Steve Bruce ahead of #ARSNEW:

"Jamal Lewis could come back in. Jamaal Lascelles too. We've got a problem with Federico Fernández. Allan Saint-Maximin is training today or tomorrow which is good news but he's been out for around seven weeks so we'll have to monitor him." pic.twitter.com/MxQGaXJWfJ

The Magpies have badly missed the attacking threat of Saint-Maximin in recent weeks and Bruce may let the handbrake off once the winger returns to action.

In the meantime, these Toon fans have reacted with sheer joy as the Frenchman takes a significant step back to full fitness…

Twitter: @NUFC Can’t wait to see the man himself make his return @asaintmaximin

Hopefully gets 20 mins against arsenal but get the lad up to speed,

Need him more then ever, wilson needs somebody up there https://t.co/jXlCncWOTi

Will Allan Saint-Maximin Start Against Arsenal? 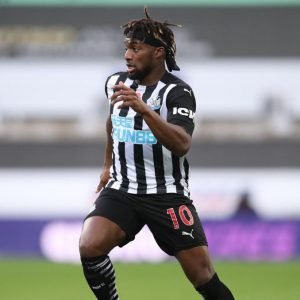 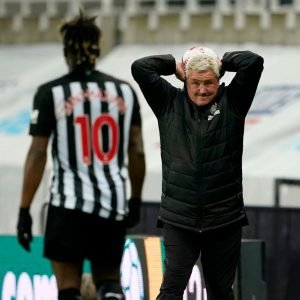