A number of Newcastle United fans have bemoaned the performance of Jamal Lewis following the Magpies’ 1-0 defeat at Brentford in the Carabao Cup quarter-finals.

The Geordies headed into the game looking to ease some of the pressure on Steve Bruce by making it through to a rare cup semi-final. However, they ended up on the wrong end of another poor result which will leave plenty of question marks hanging over the direction in which they are heading at the moment.

One player who really struggled against Brentford was Lewis, who was brought back into the fold by Bruce after being left out of the team against Fulham. The left-back would have been hoping to prove a point by producing a strong performance, but the Northern Ireland international was unable to perform to his best on another difficult evening for him.

Lewis lost possession nine times during the 80 minutes in which he was on the field and lost three of the six ground duels he contested against the Bees, although he did make two tackles and one clearance (Sofascore). Going forward, he put in just one successful cross from five attempts and he was one of the players at fault for the winning goal.

Many Newcastle fans were questioning whether the defender is good enough to play in the Premier League after this latest display, while others bemoaned the disappointing form he has shown since he made the move from Norwich in the summer transfer window.

Yet another terrible performance from ALL involved at #NUFC Lewis had another terrible game, Shelvey and Longstaff just don’t want the ball and leave the defence passing between themselves, Almiron offered nothing. Everyone else not interested in playing.

I’d blame Bruce but some of these players don’t deserve to play for us, longstaff local lad, and he doesn’t even give everything for that shirt, Murphy and Lewis simply not good enough Shelvey puts him self about 1-0 down acting like he cares. Shocking #nufc

Lewis is a really poor player at this level. No wonder Norwich were relegated with him at LB 🤦‍♂️ #NUFC

I don’t understand Lewis, he’s supposed to be a defender yet can’t and won’t make a tackle #NUFC

Even Wilson had a shocking game

Lewis is not impressing me at all #nufc

How is Jamal Lewis a premier league player? #NUFC

Can Jamal Lewis recover his form and still be an important player for Newcastle? 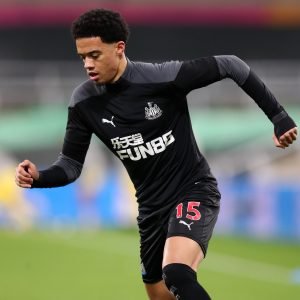 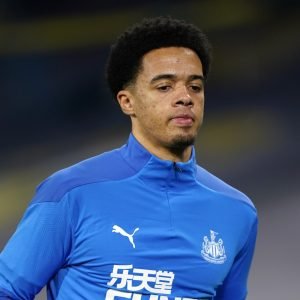