A number of Newcastle United fans have been heavily critical of the performance of Jamal Lewis during the Magpies’ 5-2 defeat at Elland Road on Wednesday evening.

Newcastle ended up on the wrong end of a thrashing from the Whites despite taking the lead in the first half through Jeff Hendrick. However, Steve Bruce’s side were guilty of giving the ball away too often and being caught out on the counter-attack too easily in the second half as they endured a rather difficult evening.

One player who had a particularly poor game was Lewis, with the left-back having struggled to defend throughout the 90 minutes and also being guilty of not making the right decision when the Whites were breaking forwards. The defender lost possession on 10 occasions and managed to maintain a passing accuracy of just 57% (Sofascore).

The £15m full-back has so far not been able to deliver consistent performances for the Magpies since his move from Norwich City in the summer. There have been glimpses of Lewis’ quality and potential, but they have been all too rare and Newcastle might need to address that in January by adding another option, with Jetro Willems being heavily linked with a return to Tyneside.

Many Newcastle fans were quick to point out that Lewis was one of the main players at fault for the Magpies in their defeat at Leeds, with some questioning his form ever since he arrived in the summer from Norwich. One supporter went as far as saying that the 22-year-old is “stealing a Premier League living” at St James’ Park.

Personally, I don’t see why Lewis gets picked every game considering his performances 🤷‍♂️ he adds nothing going forward nor defending. I’d have Ritchie or Manquillo all day long!

Clark was impressive & Fraser caused some issues for Leeds but apart from that i can’t find many positives for Newcastle players.

Jamaal Lewis has been stealing a Premier League living in black and white. Needs dropping. Longstaff is a shadow of his former self. Ciaran Clarke has had a great game though. #NUFC

Jamal Lewis is so so bad. Play anyone else I beg you #nufc

Jamaal Lewis is awful, how he hasn’t been dropped yet is beyond me #nufc

Should Newcastle buy a left-back to replace Lewis in January? 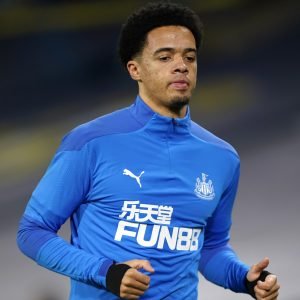 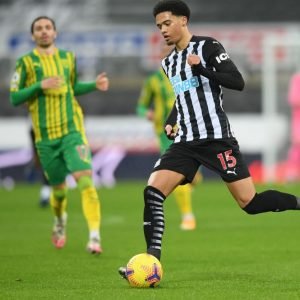