Newcastle United are set to be active in the January transfer window with the Magpies looking to add to their squad with loan additions and they have the option to bring in players on temporary deals from England and abroad.

Steve Bruce is looking to bolster his squad when the January window opens and the Magpies boss is aiming to potentially add a centre-back, midfielder and a forward to his squad to ensure he has enough quality and cover in vital areas during the second half of the Premier League season, per The Athletic.

Newcastle were looking to further add to their squad over the summer, with Bruce having been interested in taking either Ross Barkley or Ruben Loftus-Cheek on loan from Chelsea, per Chronicle Live. However, the pair ended up joining Aston Villa and Fulham respectively, while a move for Arsenal’s Rob Holding did not materialise despite strong interest, per Sky Sports.

That means Bruce has two potential domestic slots open for incoming loans in January. Those could well be needed as to the Magpies reportedly have a small transfer budget with which to work during the winter window, so a focus on loan deals will be the priority, per The Athletic.

Despite making an encouraging shift in strategy over the summer in terms of recruitment, after Bruce convinced Mike Ashley to sanction moves for players with proven Premier League pedigree, the Magpies’ business still left them with some vulnerabilities in their squad. Those shortcomings have been evidenced by recent injury issues and they remain lightweight in attack and midfield.

Bruce would ideally probably want to continue his policy of adding Premier League experience to his squad, so you would expect the Magpies to potentially be interested in adding one or two players to their squad on loan from Premier League clubs. It will therefore be interesting to see who they target in the winter window.

Given the takeover situation remains up in the air, it seems unlikely at this stage that the Magpies will be under new ownership by January. Therefore, Bruce will have to show he can once again get the best out of the budget made available to him by Ashley and fill the areas of the squad which need covering.

Do you think Newcastle will sign a centre-back, midfielder and forward in January? 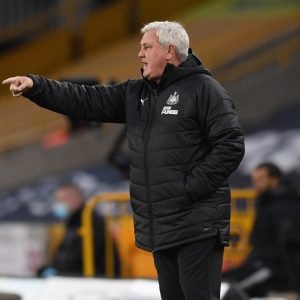 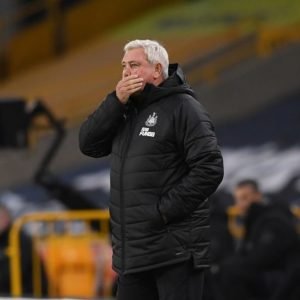