Newcastle United boss Steve Bruce has admitted his team selection on Sunday would have left people ‘rolling their eyes’ as he included eventual hero Jacob Murphy.

After being named in the 25 man Premier League squad last week, Murphy was included from the start for the Toon for the trip to Wolves and scored an 89th-minute free-kick to earn the Magpies a 1-1 draw.

Speaking to NUFC TV the 59-year-old said: “I’m delighted for Jacob. I’m sure there were a few people rolling their eyes when they saw the team sheet.”

The manager continued: “He has deserved to be playing, he has deserved his chance and I’m delighted that he’s taken the opportunity. He was arguably our best player today. Fair play to him.”

Murphy, normally a winger, played as a right wing-back for the match at Molineux, and despite Bruce having three natural right-backs in his squad, the 25-year-old could be set for a run in the team.

The former Norwich man, who joined the club in 2017 has spent two loan spells away from the club with West Brom and Sheffield Wednesday, but could now finally be set to cement his place in the St James’ Park side.

Since his arrival on Tyneside, Murphy has flattered to deceive after joining on the back of a superb 2016/17 Championship season.

The winger faces plenty of competition for a place in his more natural position further up the field, with Miguel Almiron, Ryan Fraser, and Joelinton all seemingly above former England Under 21 international in the pecking order.

There is a chance Murphy could make the right-wing back role his own with continued impressive performances.

Does Jacob Murphy Deserve To Remain In The Side? 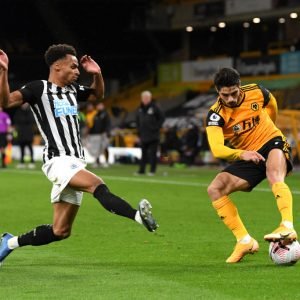 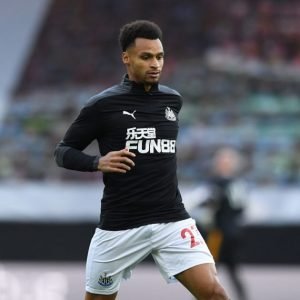