Newcastle United’s Jacob Murphy became a jack of all trades as he rescued a point for the Magpies playing out of position at right wing-back on Sunday as his cleverly struck free-kick caught out Wolves keeper Rui Patricio with just minutes left in the match.

The 25-year-old who has made 46 appearances in black and white since joining the club from Norwich in 2017 on the back of an impressive Championship campaign, made his first Premier League start in almost two years on Sunday as part of a depleted Toon side, and herein lies the problem.

Having signed for £12m, Murphy has struggled to cement a place in for either Rafa Benitez or Steve Bruce’s plans, having been sent out on loan to both Sheffield Wednesday and West Brom since his arrival.

Now after plenty of time on the periphery the time has come for Murphy to turn his promise into regular performances, and in doing so make himself an important part of the starting eleven, regardless of the competition for places.

Despite impressing out of his natural position on Sunday, Bruce already has three right-backs in his squad with DeAndre Yedlin, Javier Manquillo, and Emil Krafth.

Instead, Murphy is far more likely to be competing with Ryan Fraser, Joelinton, and Miguel Almiron for a place further up the field, and there’s no reason the Englishman can’t jump to the front of that particular queue.

At 25 and having so far only shown glimpses of his ability since arriving on Tyneside, the former England Under 21 international needs to manufacture himself a run in the team and put in performances to justify keeping his place.

Bruce may well favour other options at the moment when fit and available, however, there’s nothing to say should the now versatile winger be able to string some games together, that he can’t become an integral part of the Premier League eleven.

One thing that is for sure, is after being linked with moves away, something Bruce “never contemplated”, Murphy has certainly given his manager a selection headache ahead of the visit of league leaders Everton on Sunday.

Should Jacob Murphy Be Given A Run In The Side? 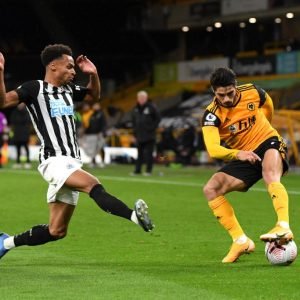 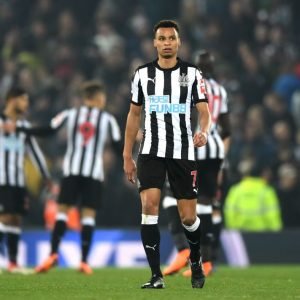