Having signed from Hoffenheim for £40million in the summer, the Brazilian striker has only scored on one occasion in 26 Premier League games for the Magpies, with that strike coming against Tottenham in August.

Since then, the 22-year old has struggled to find his feet, having been routinely criticised by a number of club supporters for not being up to par.

With Andy Carroll out injured, and both Dwight Gayle and Yoshinori Muto working their way back to fitness, Bruce will be counting down the days until he has more options available to him.

Whelan though has delivered a possible solution to Bruce’s woes, suggesting that Joelinton be dropped and Saint-Maximin be given a run through the centre.

Talking to Football Insider, Whelan said of the idea:

Saint-Maximin is the one that looks the most dangerous in that side.

You need to take Joelinton out of there and bang him through the middle – hurt people with his pace. Something a little bit different because I look at Joelinton and I am not sure what he is giving them.

What is he going to provide that is going to get them further up the table? I cannot see him hitting 20 goals a season for them.

They need a hungry player with desire. You need to be busting your gut to get into the box and he was not.

In theory, Saint-Maximin could cause damage in a central role, given that he has the explosive pace to take on defenders and bring others into the game. However, this doesn’t always work in practice.

Eden Hazard sometimes struggled when utilised in a false nine, as he didn’t fully grasp playing the lone role though the centre, and there is no reason to believe that just because Saint-Maximin can take on a full-back, that he can do the same through the middle.

Still, with the lack of options available to Bruce, we feel he might as well gamble and hope it pays off. Having just Joelinton available to him, and with the Brazilian not scoring, it couldn’t hurt to gamble and see what Saint-Maximin can do.

Should Newcastle play Allan Saint-Maximin through the centre? 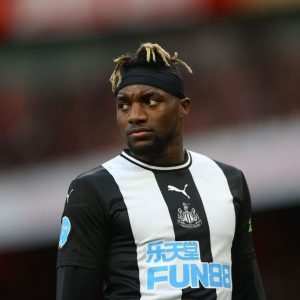 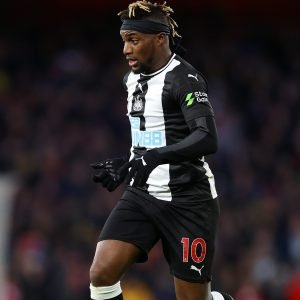