Real Valladolid have not given up on convincing Mohammed Salisu to sign a new contract, despite interest from Newcastle and Manchester United among others, as reported by Inside Futbol.

As well as the Premier League duo, Valladolid’s star defender has recently attracted interest from Real Madrid, Valencia and Atletico Madrid, while Diario De Valladolid reported in late 2019 that Everton, Southampton and Norwich were also keen on the defender.

However, despite the overwhelming amount of interest in the 20-year old defender following his breakout season in La Liga, Valladolid haven’t given up hope that they can convince the player to remain at the Estadio Jose Zorrilla.

That is according to the print version of Spanish outlet AS (cited by Inside Futbol), who claim that Valladolid are acutely aware that they face a tough task in keeping the heavily pursued youngster.

AS reported earlier this week that Salisu has a €12million release clause in his contract, which could make it extremely difficult for Valladolid to fend off offers.

Salisu’s release clause looks likely to be problematic for Valladolid, but profitable for any interested parties. The Ghanaian centre-back has caught the eye since as far back as November, and with clubs able to sign Salisu for just €12million, they may view it as a shrewd deal.

Salisu has played 23 times in La Liga this season, starting every game bar one, proving that he has fast become an integral player to manager Sergio Gonzalez.

Should Newcastle wish to strengthen their backline this summer, Salisu would be a cheap option who could pay off in both the short-term and long-term, if Steve Bruce’s side are able to act with haste before other interested clubs make their move.

Do Newcastle stand a chance at landing Mohammed Salisu? 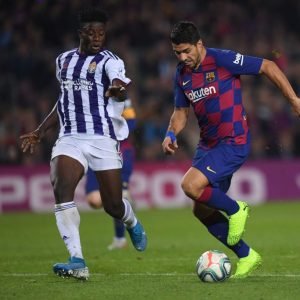 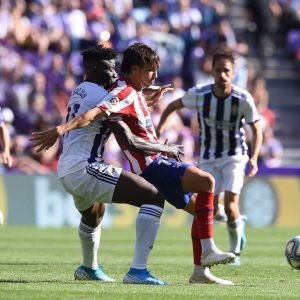