Newcastle are one of several clubs to have registered an interest in Real Valladolid defender Mohammed Salisu, according to AS.

The Ghanian centre-back attracted plenty of attention in the January transfer widow, with Pucela Fichajes reporting in December that Valladolid were preparing to lose the 20-year old once the market opened.

Nothing ultimately came to fruition though, with Salisu remaining at the Estadio Jose Zorrilla.

AS claim that Valladolid manager Sergio Gonzalez had intended on having Salisu play for the reserves while training with the first-team this season, only for an injury crisis to force his hand and put Salisu into the starting lineup for the first game of the season.

Since then, the defender has been able to establish himself as regular starter, starting every La Liga game this season except against Barcelona at the Nou Camp, where he came on after half an hour.

Now Newcastle, as well as Valencia, Atletico Madrid, Real Madrid and Manchester United are believed to be keen on signing the centre-back in the summer.

The 6’3 powerhouse was described as “the wall of Valladolid” earlier this season, and at just 20-years old, there is plenty more time for the player to continue growing and improving.

90min describe Salisu as being an elegant football too, claiming that he was first spotted in Ghana by talent scouts for his technical attributes, with the defender having much more to his game than just physicality.

Fran Castano, the man who discovered Salisu’s talents in Ghana, told El Pais that the defender could play for one of the best teams in the world later in his career, highlighting the potential that the 20-year-old possesses.

I think he will be one of the best centers of African football and if everything goes well he could play in one of the 10 best teams in the world.

With the likes of Atletico Madrid and Real Madrid also keen, signing Salisu could certainly be viewed as a coup for the Magpies, if they were to shore up their interest.

Do Newcastle need to sign a new centre-back in the summer? 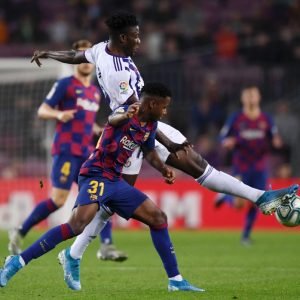 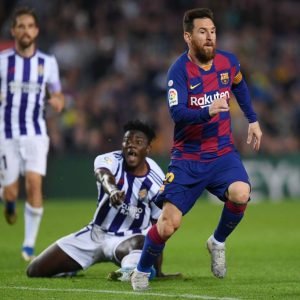